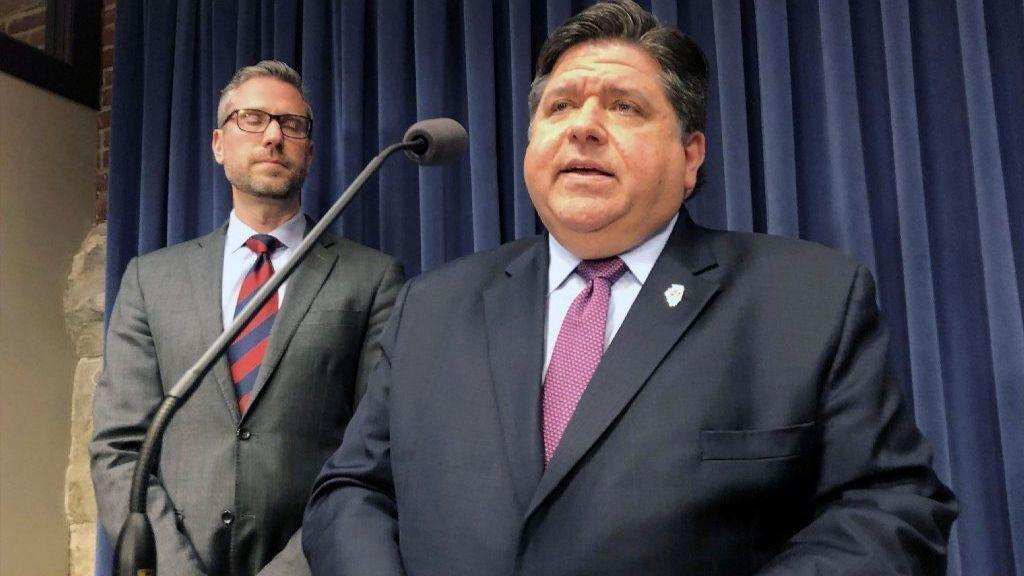 In these partisan times, you could consider Monday’s state legislature vote on a proposed graduated income tax a win for democracy.

If Democrats are right, the change from a flat tax would set Illinois on a path toward fixing its long-standing money problems.

“In a historic vote, the Illinois House on Monday agreed to ask voters to change the 1970 state constitution by authorizing a graduated-rate tax based on the size of income and repealing the currently mandated flat-rate income tax,” Sen. Michael Hastings, D-Tinley Park, posted on a social media page.

If Republicans are right, then voters could reject the measure at the ballot box.

“Make no mistake, the Illinois General Assembly is refusing to address the biggest cost drivers of the budget or to stop doling out money for new programs and therefore any graduated income tax will eventually hit the majority of Illinoisans,” Rep. Margo McDermed, R-Mokena, posted on a social media page.

Either way, it’s a win for democracy.

“Voters will have the chance to decide in 2020,” Hastings wrote.

“The question of whether or not to implement a graduated tax will now be put to the voters in 2020,” McDermed wrote.

This means the seemingly endless barrage of political advertising is likely to continue nonstop for the next 17 months. Expect no expense to be spared in the battle for public opinion.

“Ads on television and cable have been appearing for months on both sides,” the Chicago Tribune reported. “Think Big Illinois, which is backed by (Gov. J.B.) Pritzker, has aired ads urging public support, while a variety of groups, including Ideas Illinois, which is headed by the former president and CEO of the Illinois Manufacturers’ Association, are opposing the plan.”

In these partisan times, there’s likely to be a lot of distortion and exaggeration in the paid political messages that attempt to tell people what’s best for them.

Opponents will say the change in income tax structure will cause more businesses, wealthier investors and even middle-class families to leave the state.

“Our fight is just beginning,” Ideas Illinois declared in a fundraising email that landed Monday in my inbox. “Now, we have to take this battle, our message about this unfair Jobs Tax to every family in Illinois. We are aggressively gathering resources to fight this unfair tax all the way to November 2020, and we hope you’ll fight alongside us by donating today.”

Supporters will say the change would address the state’s chronic budget deficits.

“By asking the wealthiest Illinoisans to pay their fair share while giving 97 percent of us some relief, Illinois will generate much-needed funding for public schools, higher education, and state services in a responsible way,” Illinois Federation of Teachers President Dan Montgomery said in a statement emailed on Monday.

The Illinois House voted 73-44 along strictly partisan lines Monday to advance the measure, which the Senate approved on May 1. The measure — Senate Joint Resolution 1 — does not require the signature of Pritzker, who supports it.

The legislative approval means a statewide referendum will appear on ballots in November 2020. The question will ask voters whether lines should be struck from the Illinois Constitution that was ratified in 1970, which said, in part, “a tax on or measured by income shall be at a non-graduated rate.”

In order to pass, 60% of people voting on the question or a simple majority of those voting in the election overall must support the change.

The fact that voters get to decide is significant. In 2014, former Gov. Pat Quinn and others collected more than 500,000 signatures in support of a statewide referendum that would have given voters a say in how legislative districts are redrawn, but the Illinois Supreme Court in 2016 struck down the proposed “Fair Maps Amendment.”

In that instance, powerful interests denied citizens the opportunity to decide a proposal to reform a statewide concern.

At a town hall in Frankfort last month, McDermed and other Republicans argued that if voters are to have a chance to amend the Illinois Constitution, citizens ought to be able to strike the language that says pension benefits for retired public-sector employees shall not be diminished.

Monday’s vote is one step in a process toward a graduated income tax structure. The legislature must still decide what the tax rates would be. In March, Pritzker proposed marginal rates equal to or less than the current rate of 4.95% on income of up to $250,000 a year.

The highest rate — on those earning $1 million or more annually — would be 7.95%, Pritzker proposed.

In 2016, when voters statewide last had the opportunity to weigh in on a referendum to amend the Illinois Constitution, nearly 80% supported the Safe Roads Amendment. The measure prohibits the state from “sweeping” funds allocated for transportation and spending them for other purposes.

So, how should south suburban voters feel about the referendum on amending the Illinois Constitution to allow for a graduated income tax structure instead of a flat tax? One indication is that with the exception of McDermed, all the state House and Senate members representing the south and southwest suburbs are Democratic, and all support the measure.

Most people who live in the region are among the 97% of medium- and lower-income earners whose taxes would not increase, according to supporters.

Pritzker on Monday announced the creation of a task force to study ways to reduce high property taxes. Some suburban Democratic lawmakers said they voted for the graduated income-tax proposal after Pritzker pledged to address the property-tax issue.

Since the Southland has some of the highest property-tax rates in the state, the region stands to benefit if more of the burden for funding public education and other costs is shifted to the state instead of local sources.

Republicans make a good point that the state must do more to reign in spending. Illinois cannot tax its way out of its chronic financial problems.