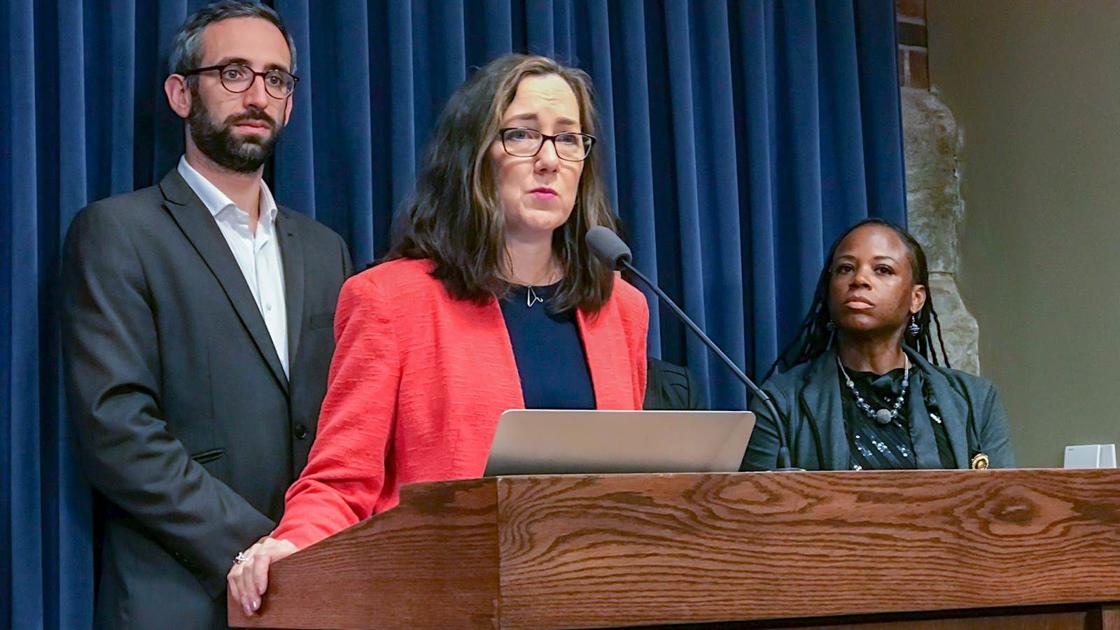 SPRINGFIELD — Members of a liberal House caucus urged action on a bill that would rewrite Illinois’ abortion law before session is scheduled to conclude May 31.

The appeal for advancement of the Reproductive Health Act — stuck in legislative limbo since early March — comes the day after House Speaker Michael Madigan, a Democrat from Chicago, reportedly told members of his caucus the legislation would get a second chance.

He concluded a meeting Wednesday by “making clear that they were going to find us a new vehicle for the bill” and it would be assigned to a committee soon, Chicago Rep. Kelly Cassidy, the act’s sponsor, said.

The Progressive Caucus, an 18-member group of lawmakers, pointed Thursday to recent action by states such as Alabama, Georgia and Missouri to restrict access to abortion procedures as the necessity for the Reproductive Health Act to become law.

Some of those states have pursued such legislation in the hopes of advancing it to the U.S. Supreme Court to challenge the 1973 case Roe v. Wade, which legalized abortion nationwide.

“At this moment of unprecedented attacks on reproductive rights across the country and the imminent threat of Roe v. Wade being overturned by the Supreme Court, Illinois must continue to be a leader in protecting women’s health,” said state Rep. Carol Ammons, D-Urbana.

Cassidy said she knew it was a “critically important” issue when she introduced the bill in February, but movement by other state legislatures “upped the ante.”

“As opponents of reproductive freedom around the country have stepped up their attacks on our access to reproductive health care, it has become very, very clear that Illinois must respond in kind with equal energy behind defending reproductive freedom, and that’s exactly what the RHA will do,” she said.

Detractors have pointed to a provision included in legislation commonly known as House Bill 40, signed by Republican Gov. Bruce Rauner in 2017, that would solidify the legal status of abortion in Illinois as a reason why the state does not need the Reproductive Health Act.

That language would be triggered if the nation’s highest court ever overturned Roe v. Wade, and ensures abortion would remain legal in the state.

But Cassidy said her bill cleans up the state’s books, repealing statutes that, while not currently enforced, could be brought back if the case law the federal courts used to strike down abortion restrictions was overturned.

Those include criminal penalties for physicians who perform abortions and spousal consent, she added.

“Right now, there are a number of punitive anti-choice laws on the books in Illinois that are only blocked from enforcement because of Roe v. Wade,” Ammons said. “We must remove those laws from the statute books to protect women even if that decision should be reversed.”

At the news event Thursday, Cassidy was wearing a small gold coat hanger necklace. She said it was a gift from her first boss and mentor, Sue Purrington, when she was working at the Chicago chapter of the National Organization for Women.

“I’m wearing it to carry her with me, to carry all of the people I have worked with on these issues with me, my sisters who brought me up in this movement and just a reminder of what’s really at stake here,” she said. “It’s a reminder of what can happen in a post-Roe world.”

Members of the Progressive Caucus additionally addressed a bill to legalize recreational marijuana for adults.

The initiative is spearheaded by Cassidy and Sen. Heather Steans, a Democrat from Chicago. They have been working for two and a half years negotiating pieces of the potential program.

Updated language is expected to be filed soon. Cassidy said getting it right is “an ongoing conversation.”

“We’re getting very, very close to presenting what will be the most progressive, most inclusive, most expansive package ever put forth by any state,” she said. “Most states have done it by ballot initiative, so you get a paragraph. Here, you get 500 pages.’

One provision of the measure has spurred ongoing debate and questions. It calls for the automatic erasing of criminal records for those who were convicted of possessing marijuana.

Robert Berlin, president of the Illinois State’s Attorneys Association, said that aspect of the legislation is unconstitutional. Lawmakers can dictate an expungement process, but only the governor can make pardons or commutations.

“There is no question that black and brown communities have really carried the brunt of the war on drugs and a lot of that is tied to marijuana possession,” she said.

Some Republican legislators have said automatically wiping clean criminal records is not the right way to go, and Democratic Gov. J.B. Pritzker should instead issue a blanket pardon.

“I would love to know that [Republicans] were going to vote for the bill no matter what the bill is,” she said in response to a question about how Democrats and Republicans could reach a compromise. “I don’t think that’s the case.”

Cassidy said there are ongoing conversations concerning the final version of the recreational marijuana legalization.

State Rep. Will Guzzardi, a Democrat from Chicago, highlighted a resolution the Progressive Caucus is unified in supporting. House Resolution 255 calls for the General Assembly to allocate $1 billion of capital spending, nearly six times the amount proposed by Pritzker, on affordable housing projects across the state.

“Housing as an essential human right for everyone in the state of Illinois is one of the cornerstones and the founding principles of the Progressive Caucus. We know it’s the kind of right on which all other rights are built,” Guzzardi said. “You can’t have decent education or access to health care without stable housing.”

And while there are no proposals in the legislature to tackle high property taxes, he added it was an issue the Progressive Caucus would “continue to push for” in the future.

“High property taxes are certainly a concern for people across the spectrum for our colleagues in the suburbs, many of whom are members of this caucus, and also for those of us in the city, who represent a lot of renters who see their rents go up as a result of property taxes pushing higher,” Guzzardi said.

“As we talk more about the progressive tax and about the other reforms that we’re looking to make in our revenue system, expanding state funding for public education is really the only long-term fix for the high property taxes in this state,” he added.