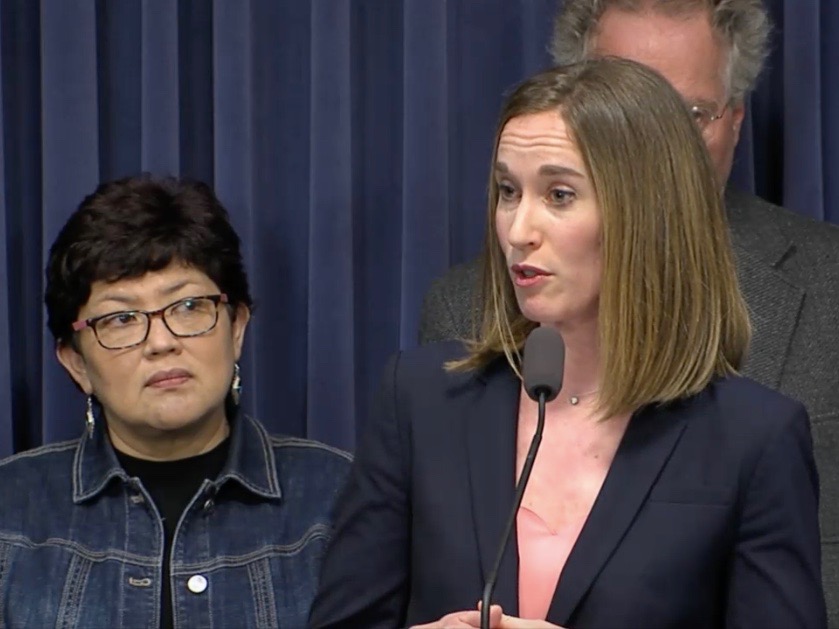 Advocates of affordable housing are seeking a major expansion in funding through the governor’s proposed capital bill, pointing out it in part pays for itself in property taxes, jobs, and government savings.

“There is no county across the state where a full-time, minimum-wage worker can afford a modest, two-bedroom apartment,” said Allison Clements, executive director of the Illinois Housing Council, in a Tuesday news conference at the Capitol.

According to Rep. Delia Ramirez and Sen. Mattie Hunter, both Chicago Democrats, Gov. J.B. Pritzker has proposed a $41.5 billion capital bill, circulated among legislators last week, with $175 million of that allotted to affordable housing.

“We are pushing for an even bigger investment in affordable housing to meet the needs of our districts,” Hunter said, adding that a similar investment in the state’s last major capital bill a decade ago helped her Chicago Lawn area weather the 2008 Great Recession.

Jeff Bartow, a neighborhood resident and executive director of the Southwest Organizing Project, said 700 properties were left vacant in East Chicago Lawn in the last recession, but that by focusing on St. Rita Parish they were able to reclaim 85 buildings in a 20-block area, with just eight left vacant.

“We wanted to build back to reclaim our community,” he said. “We need to rebuild communities across the state of Illinois.” 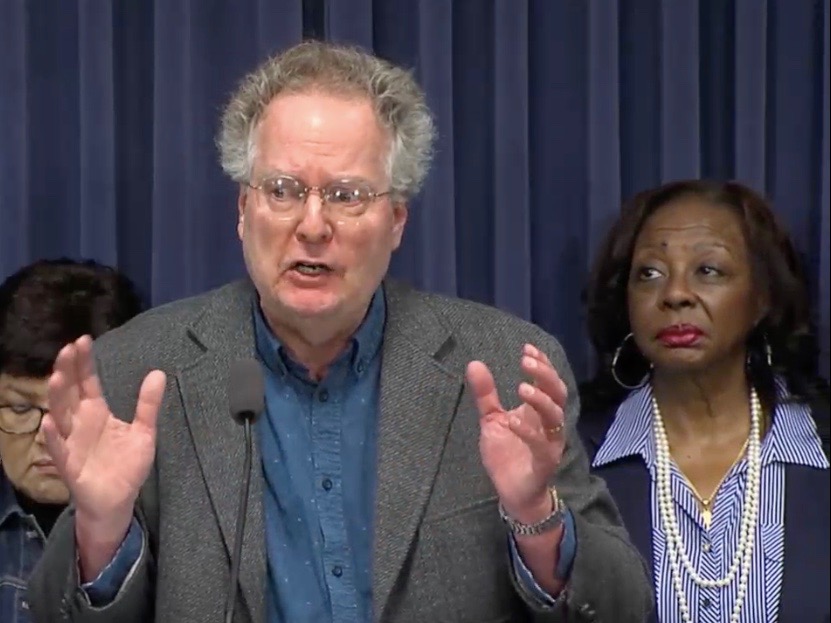 “We need to rebuild communities across the state of Illinois.”

“It made the neighborhood safer,” said Imelda Salazar, a St. Rita parishioner, adding that it stabilized local schools as well and revitalized the church, which was suddenly able to play host to evening gatherings after many parishioners had been afraid to go out at night. “We cannot win on housing if we do not win on safer neighborhoods,” she said. “It’s not like the miracle of the fishes and the loaves. But it’s a miracle. It’s really, truly a miracle in the neighborhood, and we are very proud of it.”

Ramirez, meanwhile, said affordable housing was necessary in her West Side neighborhoods, where “rapid gentrification is displacing longtime residents.” She said a three-bedroom, two-bathroom house is going for $550,000 there, almost four times the market price in 2011. According to Ramirez, homeowners along the popular 606 Trail, which converted an abandoned railroad bed into a bike and pedestrian pathway that became a source of local pride, have been “targeted by lowball buyers” for teardowns to clear lots for high-cost homes.

“Affordable housing pays property taxes,” she pointed out. “We know that building and rehabbing affordable homes and apartments creates jobs and stimulates additional investment, because those state capital dollars will be leveraged many times over to private and public programs in order to create and rehab affordable housing.” Ramirez urged the General Assembly to “expand on this foundation,” adding, “We think it’s actually one of the best returns on investment.”

“We are excited that the governor’s capital budget included the $175 million, but we feel there’s a need for more,” Clements said. She estimated that a $1 billion investment in affordable housing would create 10,000 rental homes statewide, 16,000 jobs just in the first year, and $755 million in property taxes and other local tax revenues over 15 years.

“A billion dollars is a lot of money to come out of the capital bill, and we do realize that,” Hunter said. But she suggested that it could be generated with $500 million in state funding and federal matching funds. According to Hunter, alternatives such as legislation to end the state ban on rent control “kept running into brick walls” in the General Assembly.

They emphasized that it’s not a Chicago program, but intended to help areas statewide. Erica Smith, executive director of Helping Hands of Springfield, stated there is a 23,000-unit housing shortage across Illinois, and that affordable housing often makes other government spending unnecessary on homelessness and other social ills — including incarceration costs for those desperate enough to run afoul of the law in a bid to keep their homes.

“I know that many communities across the state — urban, suburban, and rural communities — face similar challenges,” Hunter said.

“This program crosses the whole state,” said Bob Colvin, president of the Paris Economic Development Corp. “It has helped us in Paris, Ill., grow business and houses out of the cornfields of east-central Illinois.

“We have been very successful at growing industry in Paris, and then we hit a roadblock,” he added, “and that roadblock was affordable, entry-level workforce housing.”

According to Colvin, Paris is a town of 9,000 just six miles from Indiana, which has been trying to lure industry across the state line. The town has two industries employing 2,000 people, and “both those industries are begging for affordable housing” to keep their jobs in town. He said the local Economic Development Corp. recently completed two projects adding 50 and 42 units, thanks to government investment in affordable housing, and both times there were 150 applicants to fill those homes.

“This program has been very, very successful in rural Illinois,” Colvin said. “We urge the governor and the legislators to pour more money into this program — not only in the northern part of the state, but all across the state of Illinois, because it is so important. We are Illinois. All of us are Illinois.”