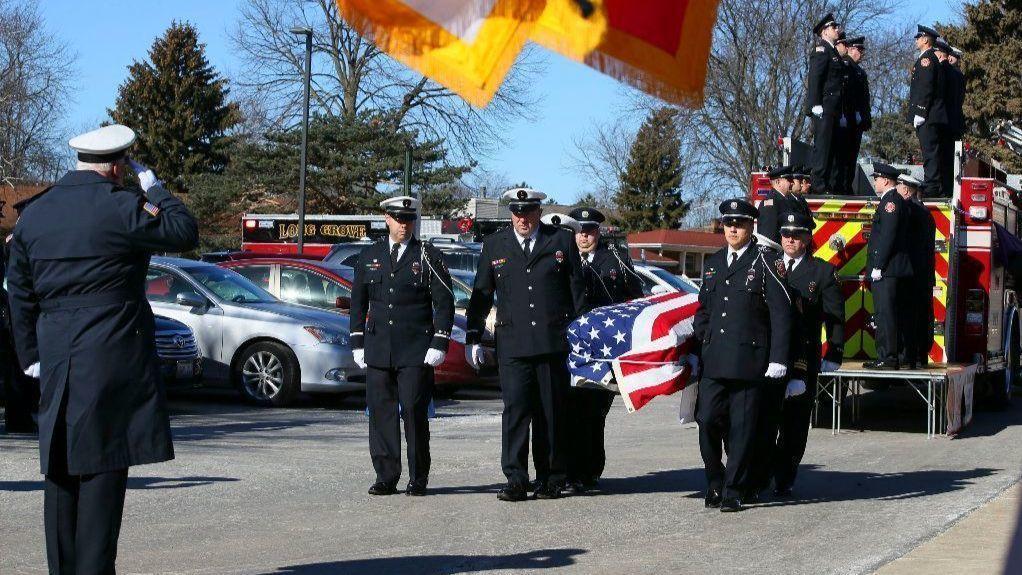 Illinois officials are good at raising taxes and fees. Not up there on their annual to-do list is taking care of those who can’t take care of themselves.

We’ve seen several examples of this of late. Take the case of A.J. Freund, the five-year-old Crystal Lake boy, allegedly beaten to death by his parents, who had multiple interventions with the Illinois Department of Children and Family Services.

Turns out, the youngster wasn’t the only one DCFS workers failed to protect. There are dozens and dozens of cases, according to a recent state audit, where the agency flunked the child rescue test.

Then there were investigators for the Illinois State Police who are supposed to track down when gun owners lose their state firearms’ cards. The failure to yank the card and weapon of an Aurora man led to that mass shooting in the far western suburb.

Which leads to the decision in March by Buffalo Grove officials to appeal the pension death benefit for 51-year-old village firefighter, Kevin Hauber. Readers may not remember Hauber’s death, but firefighters do.

Hauber died from colon cancer last year, two medical professionals determined, caused by exposure to toxic smoke and carcinogens during his 23 years in the fire service. Buffalo Grove officials, citing their “fiduciary responsibilities,” appealed the village’s pension board’s decision to award Hauber’s survivors — a wife and four daughters — 100 percent of his pension. A Lake County judge upheld the pension award, financed through village revenues and firefighters’ contributions, which is what the village is appealing.

Buffalo Grove officials want the line-of-duty death pension award to be 75 percent of Hauber’s annual salary of just over $101,000, which would be or $76,161. According to the village, the difference amounts to about $1.7 million over a lifetime.

Village officials said the ruling was “unprecedented” and the first of its kind in Illinois. They also contend medical science does not back up the death benefit claim for causing on-the-job colon cancer.

But that’s not what Florida Gov. Ron DeSantis and the Sunshine State’s Legislature believe. Florida, the fourth-largest state in the nation, earlier this month enacted a new law granting benefits to firefighters diagnosed with cancer.

And, yes, colon cancer is one of the 21 forms of cancer the law covers. One catch is firefighters need to be tobacco-free for at least five years before being diagnosed with the disease.

Like their municipal colleagues in Buffalo Grove, the Florida League of Cities, according to The Associated Press, criticized the legislation, arguing that making local governments help pay for most of the coverage would be unfair. That argument failed to sway both houses of the Florida Legislature and the governor.

The law spells out firefighters will receive the full cost of medical treatment, along with a $25,000 payout, disability pay and death benefits for beneficiaries. Said Gov. DeSantis after signing the bill into law May 3: “Here in Florida, we look after our first responders.”

If only the same could be said for Illinois and Buffalo Grove in particular. The Florida governor’s office said in 2016, 70 percent of firefighter line-of-duty deaths were cancer related, the AP reported.

If Buffalo Grove officials still fail to grasp the obvious, U.S. Reps. Brad Schneider, D-Deerfield, and Bryan Steil, R-Wis., get it. Following the explosion at the AB Specialty Silicones factory in Waukegan, the two released a joint statement regarding the blast which killed four and praising first responders.

“As we begin to learn more about that day and the heroic actions taken to save others, we are reminded of the sacrifices made by our first responders,” the pair said in a rare bipartisan offering. “Their prompt response helped extinguish the fire and save lives. Day in and day out, emergency professionals risk their lives to save others.”

And in Buffalo Grove, they are rewarded with stalling court tactics and appeals when lives are extinguished by on-the-job dangers. Perhaps it is time Illinois follow the lead of Florida and other states, and adopt laws to grant firefighters benefits when cancer takes its toll.