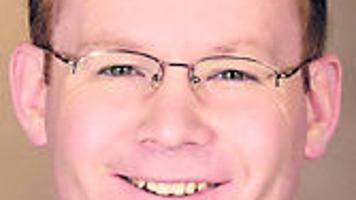 SPRINGFIELD, Ill. — Fifty years ago, new Republican Gov. Richard Ogilvie pushed through the state’s first income tax to shore up Illinois finances. It was a flat 2.5% applying to all levels of income. Requiring a flat-rate income tax was hotly contested a year later among those rewriting the state Constitution. The Constitution enshrined it in 1971, Ogilvie lost re-election in 1972, but the debate over the system’s fairness never abated.

Enter Democratic Gov. J.B. Pritzker, a multibillionaire who campaigned on dumping the flat-rate structure for a so-called “fair tax,” a graduated scale that duns wealthy taxpayers at greater percentages. The Illinois Senate approved the inaugural steps to that goal last week.

Here are some questions and answers on the subject:

Those 3% who would pay more would produce $3 billion in extra revenue, Pritzker contends, to help the state erase its structural deficit — wrought by spending unexpectedly outstripping revenue — and help the state twist its way out of tens of billions of dollars of debt associated with overdue bills, underfunded pensions, and more.

A non-partisan study largely agreed with Pritzker that his plan would spare the bulk of taxpayers from increased tax bills and narrow the ever-widening income gap.

Q: WHAT’S REQUIRED FOR THE CHANGE?

A: An amendment to the state Constitution. Democratic Oak Park Sen. Don Harmon’s proposal won Senate approval last Wednesday by a three-fifths majority. It must get a three-fifths majority endorsement in the House before voters would get the final say at the ballot box in November 2020. If they approve, the new tax rate would take effect in 2021.

A: Quite a bit. No Senate Republicans voted for the constitutional amendment or follow-up legislation from Sen. Toi Hutchinson, a Democrat from Olympia Fields, which sets the tax rates. The GOP and leading business interests say the plan simply generates $3 billion for Democrats to spend unaccountably. House Republican Leader Jim Durkin of Western Springs called the Senate vote “another step toward handing a blank check over to the Democrats and their reckless spending habits.”

Q: BUT DEMOCRATS ARE ALL ON BOARD?

A: No. Chicago Democratic Rep. Robert Martwick is sponsoring a constitutional amendment in the House, and he’s still counting noses. A three-fifths majority is 71 House votes, and there are 74 Democrats. The GOP is solidly opposed, and Illinois Democrats are a disparate group. Martwick says he’s trying to combine “the right ingredients to make everyone happy with it.”

Although the amendment doesn’t mention rates, the two are inextricably linked. Martwick says some lawmakers are comfortable supporting the amendment but shy away from a vote on rates. Others don’t want to commit to the amendment without seeing the rates.

Q: BUT PRITZKER PROPOSED RATES. AREN’T THEY ALREADY PART OF THE SENATE PLAN?

A: No. The Senate-approved Hutchinson legislation includes a top rate that differs from Pritzker’s. It increases the top rate to 7.99% and applies it to $1 million in income for married couples filing jointly. But for single filers, Hutchinson’s plan applies the top rate to income over $750,000. She said that’s to make the process fairer for couples whose combined income can often kick them into a higher tax bracket, a phenomenon dubbed the “marriage penalty.”

“It’s a delicate balance, but right now, we have a system that doesn’t tax where growth is actually occurring and growth is occurring in the top income brackets,” Hutchinson said.

Rep. Mike Zalewski, a Riverside Democrat who inherits the Senate tax plan, said House Democrats are less concerned about slight changes in the rates than they are about property tax relief.

And the Senate added another sweetener last week when it adopted Sen. Andy Manar’s measure to rein in the property taxes collected by public schools, which rely to a disproportionate degree on real estate taxes because the state has traditionally not met its funding commitment. The Bunker Hill Democrat’s plan would bar schools from increasing property taxes as long as the state met all its expected obligations for general state aid funding and so-called categorical program such as transportation and special education.