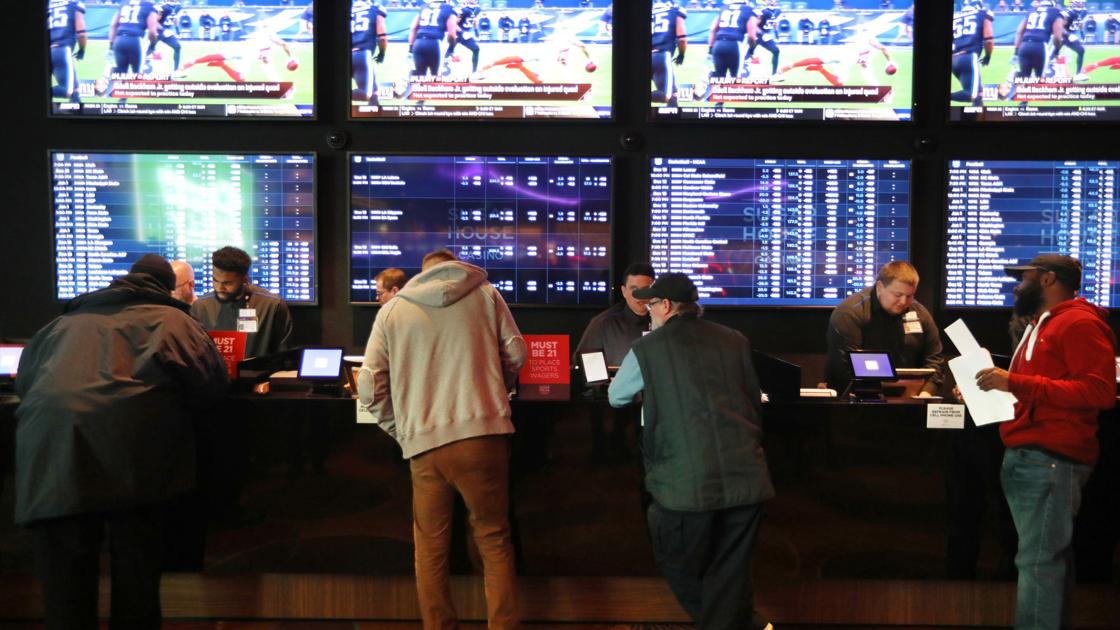 SPRINGFIELD — Legislative momentum is in place to bring sports betting to Illinois, but it will take weeks for all interested parties to get their opinions to lawmakers.

That process started Thursday, with more than three hours of testimony during a House Revenue and Finance Committee hearing.

Industry representatives, meanwhile, were tasked with choosing the best of five different plans to legalize sports betting in the state.

They can be separated into two categories. Four plans would have legalized sports gambling overseen by the Illinois Gaming Board. One would put all sports betting in the state under the Illinois Lottery’s authority.

Advocates for the Lottery plan, led by Rep. Lisa Hernandez, D-Cicero, say it could benefit the more than 10,000 small retailers, such as convenience stores and gas stations that already sell Lottery tickets.

But the plan does not allow for hugely popular online or mobile betting, and would limit the types of bets that can be made.

For example, the lottery system could not accommodate in-game sports betting like whether a basketball player makes a free throw, or whether a football player gains a certain number of yards.

Such issues leave open the possibility that sports bettors will stay on the black market.

Hernandez says the main benefit of the lottery plan is the high potential revenue for the state. With a tax rate of up to 50 percent, Hernandez claims it could bring in $100 million to $300 million per year.

But those revenues fluctuate. Tom Swoik of the Illinois Casino Gaming Association testified that, in the two states that use the lottery model, Rhode Island and Delaware, real revenues have been only 8 percent to 9 percent of operators’ gross receipts.

Swoik’s organization favors the “New Jersey model” plan, championed by Zalewski, D-Riverside. It is one of the four plans that would be overseen by the state Gaming Board.

That plan would allow sports betting at the state’s brick-and-mortar casinos and racetracks, as well as online.

Betting licenses would cost $10 million, while brick-and-mortar facilities could also partner with up to two digital platforms, or “skins,” to provide mobile betting.

Taxes would be 15 percent on the brick-and-mortar facilities and 20 percent for mobile platforms.

Swoik said the future of sports betting is moving online, and the New Jersey model “is the best starting point.”

According to Stetz, more than 80 percent of February’s sports betting in New Jersey took place online. But, he argued, brick-and-mortar facilities should be allowed only one skin.

Along with limiting brick-and-mortars to one skin, that plan has greater consumer protections, according to Paul Gainer of Midwest Gaming and Entertainment.

Two other plans were discussed at Thursday’s hearing.

One, called the “Mississippi model,” is favorable to horsemen’s associations and racetracks.

Championed by state Rep. Katie Stuart, D-Collinsville, that plan would allow sports betting at the state’s racetracks and casinos, with a $10 million license fee.

But online and mobile betting would be digitally restricted to the physical locations, using a tool known as “geofencing.”

State horsemen’s associations say there is a natural connection between sports betting and racetracks.

“In Vegas, every one of the major hotels has a race-sports book, away from the slot machines and table games,” said David McCaffrey, executive director of the Illinois Thoroughbred Horsemen’s Association, which represents the labor side of horse racing.

It would give a 0.25 percent royalty to the leagues, which would provide official data to sports betting operators.

Sports betting in this plan would be physically limited to casinos, racetracks, and the stadiums or courses at which sporting events take place.

Advocates say leagues must be included in revenues, if they are to be wagered.

Opponents of that plan say the leagues don’t need extra help because they’ll get a boost from allowing sports betting in the first place.

“Leagues will already see increased revenue from legalizing sports betting,” Swoik, of the Casino Gaming Association, said. “We should not be forced into a monopolistic deal with leagues to get data.”

He said the gaming machine operators will come up with their own proposal soon. Similar to the lottery plan, it could benefit the bars, restaurants and small shops that house video gambling terminals.

“There are nearly 7,000 licensed video gaming locations in desperate need for a new revenue source,” Fernandez said, adding that his plan could help small businesses comply with the new minimum wage law.

“We heard a lot of testimony,” said Rep. Rita as the hearing ended. “The idea today was to look at all these different amendments and try to craft something together that’s right for Illinois.”

Next week, Zalewski added, will be a “work week,” when lawmakers and their staffs can look closer at each of the sports betting options. Hearings on the matter will continue afterward.