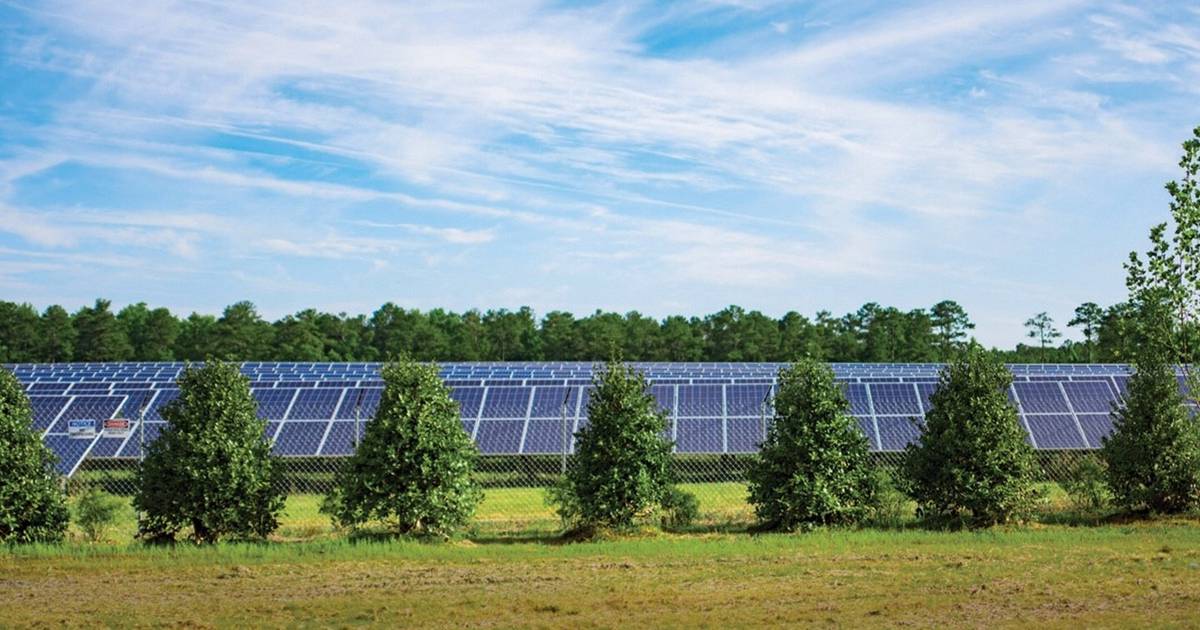 Beginning later this year, a new commodity will be planted in fields and open areas across Illinois that likely will change the landscape.

These “farmers” are energy companies from throughout the U.S. that have flocked here seeking state incentives to install community solar projects intended to produce clean electricity, lower prices for consumers and create jobs.

• Percentage of state’s electricity from solar: 0.08

As projects are approved and ramp up, arrays of tightly bunched panels tilted south are expected to replace what had been crops or open land, with some projects encompassing up to 20 acres.

Call it a solar surge. With many more applications than funding available, the Illinois Power Agency will hold a lottery to determine which community solar project proposals are selected.

A two-week application process ended this month with 438 community solar project proposals submitted in ComEd’s service area. Applications also are being taken for rooftop projects, but those are not part of the lottery, which is expected to be in the second half of March.

“When a state opens a program like this, you can bet the major players are coming in,” said John Buffington, vice president of business development for Atlanta-based SolAmerica Energy, one of 15 companies pursuing community solar projects in McHenry County.

“Everyone was fighting to get in the queue,” explained Dennis Sandquist, the county’s director of planning and development. “Until people get used to it, it will be something different on the landscape.”

In the last year, McHenry County has reviewed 31 applications for solar farms in unincorporated areas and approved conditional use permits for 24. Local site approvals and agreements to connect to the electric utility serving a given area were required before applications were submitted to the Illinois Power Agency.

Only some of those will win funding, so not all will be built.

“The market is quite competitive and we are anticipating that in all likelihood the majority of projects proposed and permitted will not move forward due to a shortage of space in the (incentive) program,” said Eric Udelhofen, director of project development for Seattle-based OneEnergy Renewables.

The company, which operates in 25 states, is pursuing four community solar projects in McHenry County. Each would provide power for about 500 typical Illinois houses, Udelhofen added.

Sandquist said industry representatives expect about 1 in 10 applications will be selected.

However, Buffington said the volume of projects being proposed and eventually to be built by SolAmerica and others throughout the region will be noticeable.

Where projects actually will be built is undetermined.

“Until we run the lottery, no one knows, including us,” said IPA Director Anthony Star. The agency runs the Illinois Adjustable Block Program also known as Illinois Shines incentive program.

Incentives are made available through the Future Energy Jobs Act, legislation described by the watchdog Citizens Utility Board as being historic in Illinois. It was passed in late 2016 and went into effect June 1, 2017.

Tax dollars are not used for the incentive program. In the Chicago area, a line item on ComEd bills called Renewable Portfolio Standard helps support large, utility-scale wind and solar projects, solar farms, and smaller, residential and commercial-scale projects. Star said about $230 million per year is collected by Illinois utilities for the Renewable Portfolio Standard.

Here’s how the incentive works: projects generate one renewable energy credit for each megawatt hour of electricity produced and sell them to the utility at a price set for 15 years.

Community solar will be structured as a subscription service and is touted as providing opportunities for regular people to participate in clean energy and save money.

Potential customers might be those who aren’t equipping their homes with solar panels because they have too much shade, can’t put panels on their roof, live in apartments, or simply can’t afford it. Expect sales pitches in coming months.

There also are new state incentives available that, coupled with federal offerings, can reduce the cost to install smaller on-site or rooftop solar projects by up to 70 percent, said Christina Uzzo, environmental outreach coordinator for CUB. Homeowners and businesses can lower electric bills by generating all or some of their energy on site, supporters say.

According to CUB, the law requires at least 4,300 megawatts of new solar and wind power to be built in Illinois by 2030, enough to power millions of houses. There currently is about 100 megawatts of solar power installed mostly on rooftop or on-site systems, according to Sierra Club Illinois.

That means the field is wide open and interest is high for community solar projects, defined as producing up to 2 megawatts. A typical system of that size requires 8 to 10 acres but since two are allowed to be located next to each other, a community solar facility could occupy about 20 acres.