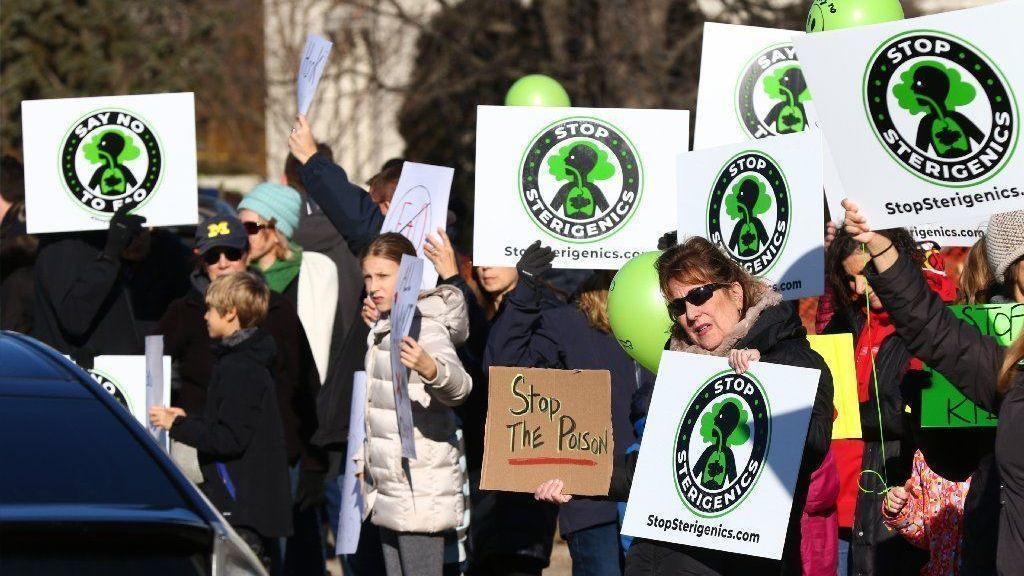 As soon as residents in the Willowbrook area learned last summer that Sterigenics’ facilities emits gases that can cause cancer, they called for the product sterilization company to stop operations.

Elected officials at almost all levels of government have now joined the chorus of voices calling for a shutdown of the two buildings near Route 83 and Midway Drive, especially following the most recent testing results from the federal Environmental Protection Agency.

On Feb. 19, the Hinsdale Village Board is expected to approve a resolution asking Sterigenics to immediately cease operations using ethylene oxide and not resume until better and verifiable safeguards are in place.

On its website, the village states it is advocating on behalf of its residents, although Hinsdale Village Board members have no authority over Sterigenics.

The resolution is a symbolic gesture to show the Hinsdale community and federal and state leaders who do have the regulatory authority that Hinsdale is standing with others advocating for a shut down, said village manager Kathleen Gargano.

For the second time, Hinsdale officials have requested the EPA to include the village in air monitoring, Gargano said. The EPA did not collect air samples within Hinsdale’s borders when the village requested it in November.

Hinsdale Village President Thomas Cauley, Jr. has recused himself from the discussions of Sterigenics since October when he learned Sterigenics is a client of Sidley Austin LP, the law firm where Cauley works.

Willowbrook, Darien and Western Springs all have asked the Illinois Attorney General and the DuPage County State’s Attorney to seek a temporary restraining order under the Illinois Environmental Protection Act to have Sterigenics immediately suspend operations.

“While the complaint against Sterigenics wends its way through the legal process, Sterigenics continues to operate unabated,” Western Springs Village President Alice Gallagher wrote Feb. 7 to the chief of the Illinois Attorney General’s environmental bureau.

DuPage County State’s Attorney Robert Berlin and Illinois Attorney General Kwame Raul issued a statement Feb. 5 that the most recent testing samples from the federal EPA show a clear link between Stergenic emissions and EtO levels. They said the are reviewing data with the Willowbrook EtO Task Force, which includes retained environmental professionals, including toxicologists.

“We will exercise all available legal authority to protect the community from this exposure,” the statement read.

Sterigenics also issued a statement, saying ”Any action to shut down a business operating well within regulatory limits, based on incomplete data taken out of context, sets an extremely bad precedent.”

They said the Willowbrook facility is the sole sterilization facility for a number of medical devices.

“A disruption in production at this facility would halt sterilization of critical medical products,” in Illinois and other areas, the statement read.

The attorney general and state’s attorney’s office at the end of October jointly filed a lawsuit against Sterigenics in state court alleging air pollution violations and creating a public nuisance. Sterigenics had the case transferred to federal court. Both offices subsequently asked a federal judge to remand the case back to state court.

Willowbrook joined the lawsuit and Burr Ridge officials plan to do the same once the court where it will be heard is settled, said Burr Ridge village administrator J. Douglas Pollock.

Hinsdale is weighing whether it will join the lawsuit, Gargano said.

Willowbrook has spent well over $300,000 on experts, ambient air testing and environmental law attorneys, and is approaching $400,000 in expenses related to Sterigenics, the village administrator Tim Halik said.