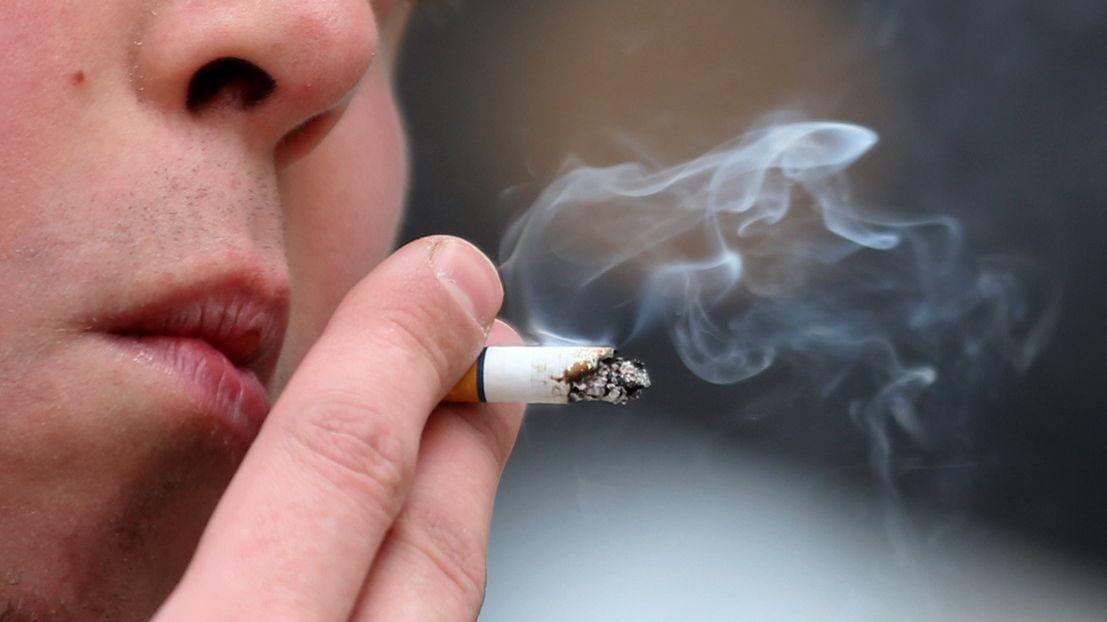 Illinois leaders are not doing enough to reduce statewide tobacco use, according to a new study by the American Lung Association, blaming the failures on overly lenient state laws and insufficient funding.

The report, “State of Tobacco Control,” is the 17th edition evaluating the effectiveness of state and federal policies governing tobacco use and prevention.

Illinois also got an F for keeping the minimum age to buy all tobacco products at 18, including e-cigarettes, although the majority of states “failed” this category, according to the study. The association advocates making 21 the minimum age to buy tobacco and supported a legislative effort last year to change the law in Illinois.

Former Gov. Bruce Rauner vetoed that legislation, which also would have fined retailers for selling to underage customers. Rauner said at the time the bill only would encourage locals to buy products across state lines or from unlicensed vendors.

Lawmakers in the Illinois House failed to override him in November.

Legislators in both chambers resurrected the idea this week, introducing new bills to increase the age to 21.

“‘Tobacco 21’ would significantly reduce youth tobacco use, slow the e-cigarette epidemic and save thousands of lives,” Kathy Drea, a staff lobbyist from the lung association, said in a statement.

Jordan Abudayyeh, a spokeswoman for Gov. J.B. Pritzker, who took office in January, told WGN-TV that the governor “looks forward to reviewing the legislation” but did not indicate whether he supports that specific legislation.

The city of Chicago, by contrast, has outpaced the state in enacting laws to stymie tobacco use, according to the association. Chicago raised the age requirement for purchases to 21 in 2016.

Other communities such as Naperville, Evanston, Aurora and Oak Park also have passed similar laws in recent years. Lake County became the first to enact a countywide 21-and-up law in 2018.

The association gave Illinois high marks on ensuring smoke-free environments, such as prohibiting smoking in government and private workplaces, as well as inside bars, restaurants, casinos, retail stores and cultural establishments.

An inability or unwillingness to enact more stringent controls over tobacco use has contributed to major spikes in e-cigarette use among youths and young adults, even as overall rates for adult and youth smoking have plummeted to near all-time lows, the association concluded.

The proportion of U.S. high school students using electronic cigarettes jumped between 2017 and 2018, from 11.7 percent to 20.8 percent, according to the Centers for Disease Control and Prevention.

Recent research, including a study published Friday by the Journal of the American Medical Association, found that e-cigarette use as a youth increases the chances of future cigarette use.

Researchers said that youths they studied who used e-cigarettes as their first tobacco product were three to four times more likely to use cigarettes later.

Cracking down on youth tobacco use has been a favored issue for Chicago Mayor Rahm Emanuel in recent years.

In addition to boosting the minimum age to buy from 18 to 21, Emanuel also has ushered in myriad new taxes on cigarettes and other tobacco products.

Buying cigarettes in Chicago tacks on more than $6 per pack in city, county and state taxes, according to the Campaign for Tobacco-Free Kids.

More recently, the outgoing mayor has focused his ire on regulating e-cigarettes sales, particularly to youths and young adults.

Emanuel successfully passed an ordinance last spring requiring tobacco retailers to post signs listing the dangers of vaping as well as a hotline phone number to call for help with quitting.

The Emanuel administration also sued online e-cigarette dealers in November, arguing they are illegally selling the products to underage Chicagoans.