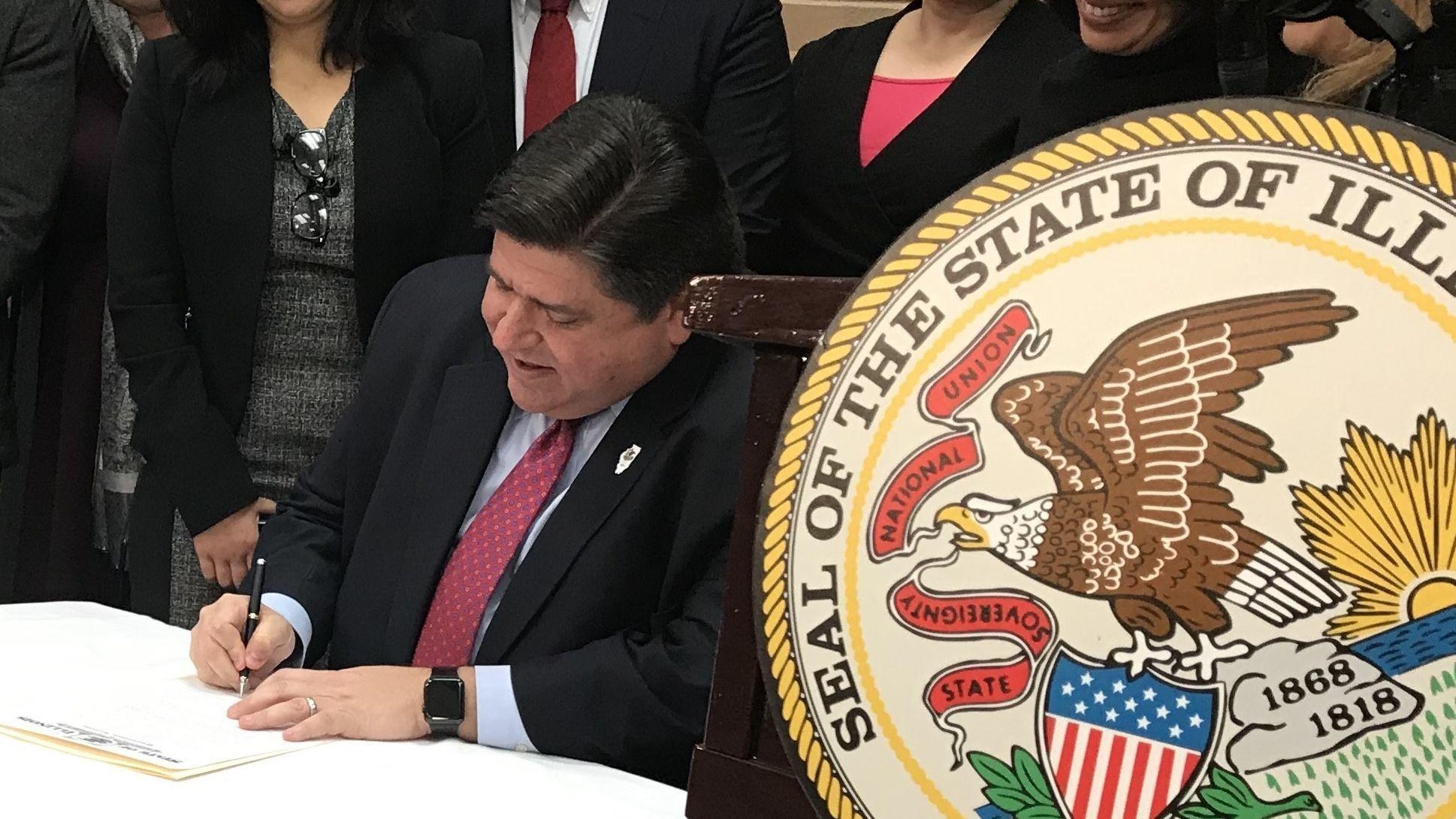 But he took the opportunity to assail President Donald Trump and contrast the president’s view of immigration with his own.

“With our president doing everything that he can to attack immigrants and refugees in our state, I want to make it clear from the beginning of my administration that we’re going to stand up for all of our children and families,” Pritzker said during the event at Family Focus on Aurora’s East Side. “We need comprehensive immigration reform, including border security, that is smart, that works, but this president is intent on building some unnecessary wall as a symbol of division. And he’s willing to undermine our democracy to do it.”

Pritzker came to Aurora to sign an executive order he said would “protect immigrants and refugees and allow all our diverse immigrant communities to thrive.”

The order would help expand access to Illinois’ welcoming centers, Pritzker said, of which there are about 10 across the state. Family Focus has three of them, including its location in Aurora.

The order would require the Illinois Department of Human Services to “conduct a full review of appropriations that have been made in this year and prior years” to the centers, the governor said.

He said officials want to make sure that money is being spent, and to make sure centers are “well-represented” and offering the services they should. He stressed it is a review of money that was appropriated in the previous budget, specifically for welcoming centers.

“It may not have been used or fully leveraged so far,” Pritzker said.

He stopped short of calling the review an audit, saying it was a “monitoring” to make sure the money is getting to the welcoming centers.

The welcoming centers help immigrants and refugees get the things they need, such as health care, education, mental health, jobs and legal services. The centers guide immigrants on the path to citizenship.

The order the governor signed also calls on the Department of Human Services to coordinate with other state agencies to put together a “Know Your Rights resource sheet.” It will inform immigrants and refugees of their rights and possible opportunities. Pritzker said the sheet would be translated into multiple languages and distributed to communities.

The governor said many opportunities are available to immigrants, but it does no good if they don’t know about them.

In signing the order, Pritzker was surrounded by local state Reps. Linda Chapa-LaVia (D-Aurora) and Stephanie Kifowit (D-Oswego), and state Sen. Linda Holmes (D-Aurora). Representatives of many agencies involved in the Illinois Coalition for Immigrant and Refugee Rights were there too, including Mariana Osoria, vice president of centers for Family Focus.

“Immigration services that we offer are important, are critical for the development of the larger community and economic vitality and success of our state,” Osoria said.

Pritzker pointed out that his own family started in America when Nicholas Pritzker arrived more than a century ago in Chicago, penniless and homeless. He said Illinois stood up for his family back then.

“That is in part what drives me to be an advocate, to be a leader on this issue,” he said.

“These are employers, who generate $2.5 billion in business income,” the governor said. “They also pay billions of dollars in federal, state and local taxes.”

He pointed out that some 40,000 people in Illinois that were brought to America as small children and have grown up here are still in limbo, thanks to the possible phase out of Deferred Action for Childhood Arrivals.

To stress that point, Ana Nino Flores, a civil engineer who works on transportation for Clark-Dietz Inc., pointed out that the program allowed her to get through school and college.

“It has allowed me to get a driver’s license, have employment, travel, support my parents, and have a sense of belonging,” she said.