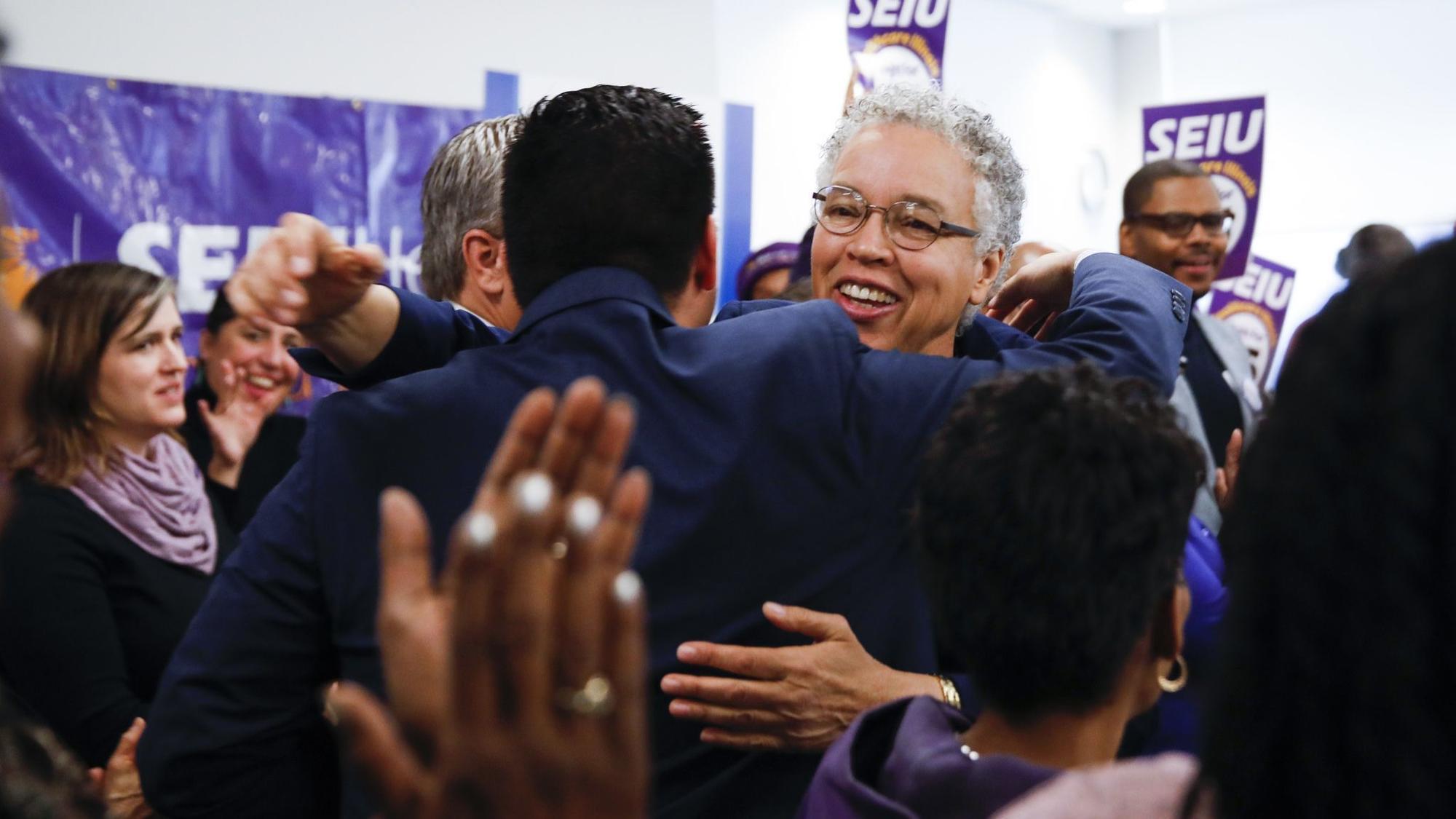 A beaming Cook County Board President Toni Preckwinkle on Thursday accepted endorsements for mayor from the powerful Chicago Teachers Union and two affiliates of another major union.

In a short speech, Preckwinkle outlined her support for a fully elected Chicago Public Schools board, a freeze on charter schools, tax reform legislation in Springfield, and a moratorium on school closings – all points backed by the union.

The CTU endorsement had been expected by many of Preckwinkle’s opponents. Union officials present at the rollout praised Preckwinkle as the right person to lead Chicago. CTU officials, in particular, highlighted that the delegates who voted on the endorsement “overwhelmingly” chose Preckwinkle, despite some media reports to the contrary.

The backing of the big unions with their potential for manpower and contributions could be key as candidates try to build momentum for their campaigns and separate themselves from the pack in the crowded mayoral field. Currently, there are 21 candidates seeking to get on the Feb. 26 ballot.

How much of an impact the CTU will bring to the race is unclear. CTU, SEIU and SEIU Healthcare contributed $4 million to Cook County commissioner Jesus “Chuy” Garcia in 2015, a total that boosted his candidacy and helped him push Emanuel into the city’s first-ever mayoral runoff.

The union’s leadership changed in September, with Karen Lewis stepping down as president. Under Lewis, the union developed into a force that aggressively challenged Emanuel for eight years.

CTU President Jesse Sharkey was noncommittal when asked how much money CTU would spend to support Preckwinkle’s campaign.

“Our union is not a piggy bank,” Sharkey said. “But what I think our union does have is some legitimacy in the eyes of many people in Chicago. We’re not just a union, we’re also a movement.”

He noted the union won’t be able to compete financially with the contributions “corporate-funded” candidates will receive, but the union will bring shoe leather, “clarity of vision” and people.

“Our city has had to struggle with a public school system that doesn’t respect our voices as stakeholders, as educators, as parents,” Gates said. “For the last eight years, we have had to struggle to figure out how to afford to live in this city as working people.”

She said “today is the beginning of a new beginning,” and not just because of the endorsement.

During a question and answer session, Preckwinkle was asked about her support for charter schools in her ward as a member of the City Council. She acknowledged that, but said charters often have troubling disciplinary records and make it harder for neighborhood schools to operate.

“What’s happened to the schools in the city of Chicago is we’ve put an incredible amount of resources into basically privatizing our school system,” Preckwinkle said. “What I believe is every neighborhood deserves a good public school that will take all of our children and support them and educate them and provide them with access to opportunity.”

In her speech, Preckwinkle also recalled her own life path, from wanting to be a “cowgirl” to becoming a teacher and politician. Teaching helped prepare her for politics, she said, because teachers have to deal with many “constituencies,” including parents and administrators.

As an educator, Preckwinkle said she loved “connecting to the next generation.”

“Young people have such incredible enthusiasm and optimism,” Preckwinkle said. “It’s contagious and really encouraging as a human being and as a teacher.”