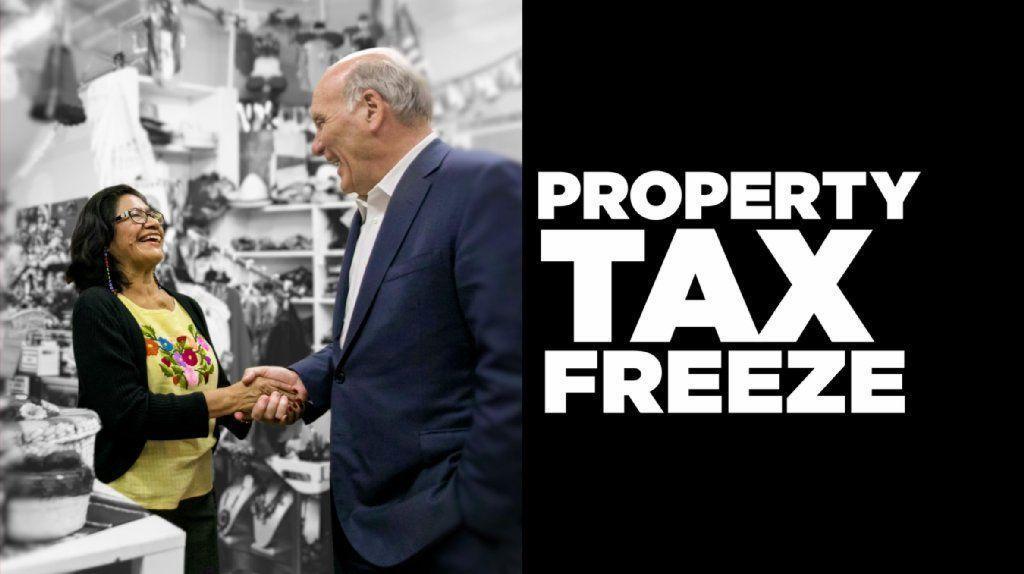 Daley’s ad marks the first significant broadcast and cable television buy of the Chicago mayoral race and serves as a sign that the former U.S. commerce secretary has started to lean on his financial advantage as the top campaign fundraiser in the race.

The TV spot, which features video and photos of Daley but does not include him talking, opens with a narrator bluntly stating, “Let’s get real, Chicago,” while flashing the diverse faces of people portrayed as everyday Chicagoans.

“Crime and taxes are up. While fancy buildings rise inside the Loop, families are being driven out of our neighborhoods every day,” the narrator says as video of skyscrapers along the Chicago River are shown, followed by shots of a young African-American boy eating corn on the cob, rows of bungalows and the Riviera Theatre’s marquee.

“Bill Daley has spent his whole life in Chicago,” the ad continues, without a nod to his stints in Washington as special counsel and commerce secretary under then-President Bill Clinton and White House chief of staff under then-President Barack Obama. “It’s in his blood. He knows Chicago only thrives when all of our 77 neighborhoods thrive.”

After the spot shows Daley talking to various people of different ages and ethnicities, the narrator gets to the big promise: “Bill will put a moratorium on tax hikes to keep families in their homes.” The words “PROPERTY TAX FREEZE” appear on the screen in large letters next to images of Daley speaking to a Hispanic woman in a store and a white man with a young child.

“And he’ll make getting guns and gangs off our streets priority No. 1,” the ad continues as the words “STOP GUNS STOP GANGS” appear next.

“Bill Daley for mayor,” the narrator concludes as black-and-white footage of a Chicago “L” train is shown on the screen under Daley’s bright blue-and-red campaign logo. “No more excuses.”

The last line could be taken as a slight dig at current Mayor Rahm Emanuel, who repeatedly has raised property taxes and other fees and fines as he’s sought to stabilize the city’s budget and shore up pension funds that became grossly underfunded under his predecessor and Daley’s brother, former Mayor Richard M. Daley.

Bill Daley’s opening ad does not mention or allude to the fact that he is the brother and son of two mayors who ran City Hall for a combined 43 years. It does, however, seek to capitalize on two major areas of concern for many voters: the city’s struggles to tamp down violent crime and the surging property tax increases, which only will be exacerbated for many Chicagoans next year as bills land based on a new round of assessments of their home values.

The promise to freeze property taxes also is a new wrinkle for Daley, a former JPMorgan Chase executive who stepped down from a Swiss hedge fund to run for mayor.

He previously had stressed the need to get away from raising the taxes on homeowners, but had not proposed an outright freeze. In a speech to the City Club of Chicago last week, he vowed that any property tax increases would be met with “dollar-for-dollar” cuts to city government.

Daley’s campaign said late Wednesday that the freeze was taking that notion “a step further.”

While Daley is calling for a moratorium on property tax hikes, he previously has advocated for City Hall to consider a wide range of new taxes and fees to deal with the city’s ongoing pension crisis, which will require the next mayor to come up with nearly $1 billion in new annual retirement fund payments by 2023. In his City Club speech, Daley opened the door to a commuter tax on suburbanites who work in the city to help fill the pension gap while also saying an increase in real estate transfer fees and taxes on legalized marijuana and a long-sought Chicago casino “must be on the table.”

Records from local cable companies and the Federal Communications Commission show Daley has put at least $101,000 behind the ad, making it the most significant TV buy in the mayor’s race to date. Businessman Willie Wilson has made a handful of smaller broadcast and cable buys to air ads this fall.

As of late Wednesday, one broadcast station so far had reported a $43,800 buy from the Daley campaign for 72 30-second spots. That included $1,500 for one 30-second ad during Saturday’s Army-Navy football game and $4,000 for a single spot during a non-Bears NFL game Sunday afternoon.

Cable records showed Daley’s campaign has spent $57,000 for more than 2,000 30-second ads on ESPN, CNN and MSNBC that will air between now and Dec. 19. The Daley campaign declined to identify the total size of his TV buy.

Daley entered the race for mayor in September, after Emanuel made the surprise decision to abandon his bid for a third term. Since then, he has raised more than $2.7 million in campaign contributions — more than double the amount of his next closest competitor, 2011 mayoral candidate and City Hall veteran Gery Chico.

Emanuel had raised more than $10 million toward re-election before he dropped out three months ago.