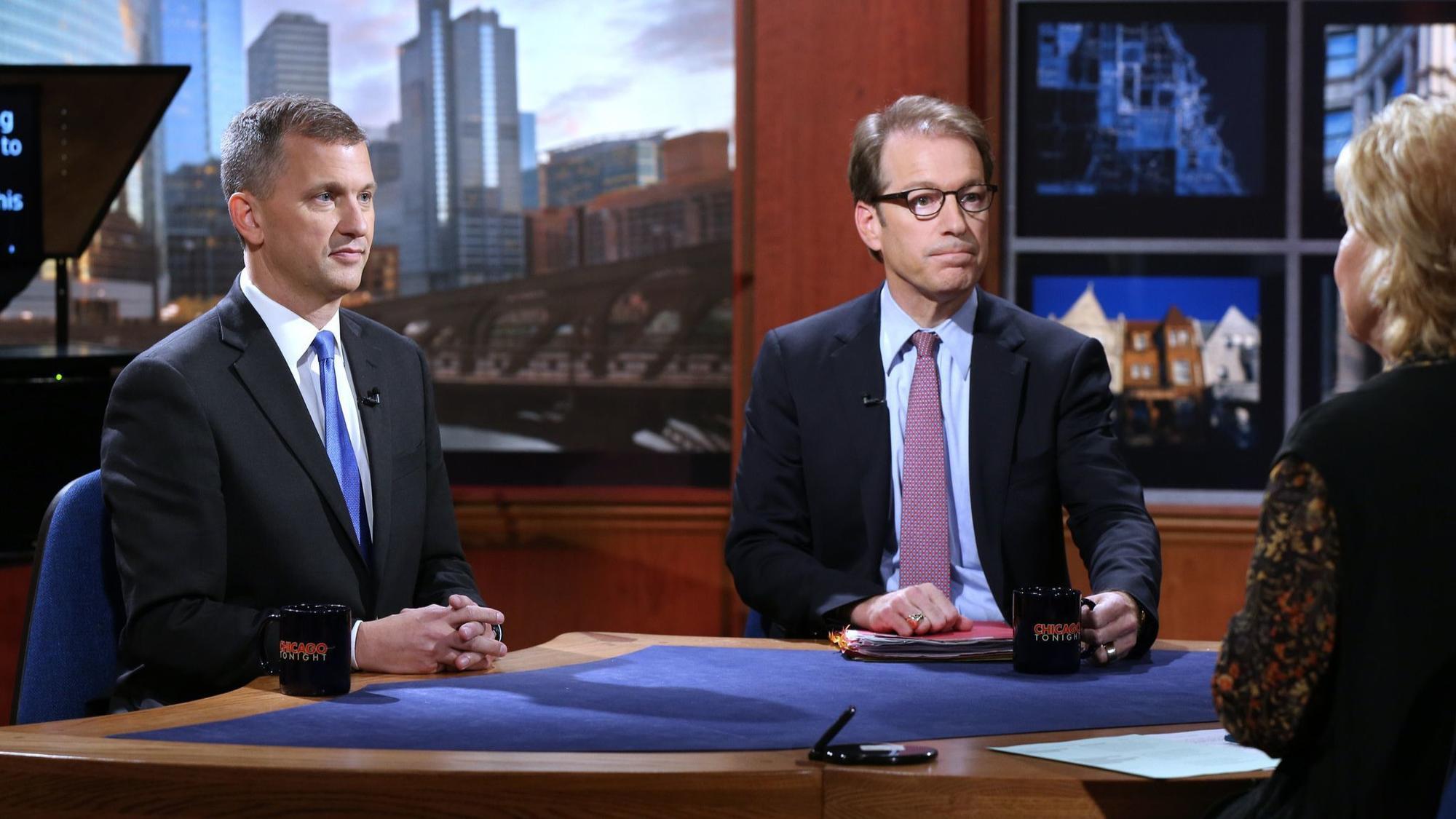 Congressional hopefuls Sean Casten and Jesus “Chuy” Garcia, along with other Illinois Democrats, teed off on the Republican tax code overhaul Tuesday, slamming it as a boondoggle for non-wealthy taxpayers in hopes that the pocketbook issue resonates with voters in the final week before the election.

The Democrats called the GOP tax law, which went into effect last December, “disastrous,” “Robin Hood in reverse” and “one of the worst pieces of legislation Republicans have put in place.” Casten called the legislation “straight theft” that hurts middle-class homeowners and benefits the rich.

“Everyone is going to have sticker shock when your tax bill comes around this April,” Casten said during the news conference in the first-floor lobby of the City-County Building in the Loop.

U.S. Reps. Danny Davis, Bill Foster, Raja Krishnamoorthi, Jan Schakowsky and Cook County Board President Toni Preckwinkle also attended the event. Krishnamoorthi argued the tax bill “explodes the deficit” and “concentrates 83 percent of the benefits on the top 1 percent and wealthy corporations.” Garcia, who used the Robin Hood line, is running for the seat in the 4th Congressional District, where U.S. Rep. Luis Gutierrez is not seeking re-election. If Democrats can take control of the House after the midterm election, they said, revisiting the tax bill will be among their priorities.

“We have a lot of undoing to do,” Schakowsky said.

The Democrats homed in on the $10,000 cap on state and local taxes, or SALT, that homeowners can deduct, arguing it will lead to residents paying more. Casten called it a “double tax” in a district with the highest average SALT deductions in Illinois.

The Government Finance Officers Association, which lobbied against the SALT cap on Capitol Hill, reports the average SALT deduction in the 6th District was $14,830 and 38 percent of tax filers claimed one in 2015. The median home value in the 6th District is $327,000, according to the U.S. Census Bureau. Casten’s campaign says the average SALT deduction in 2016 ranged from $18,369 in Lake County to $11,780 in McHenry County.

The tax bill also changed income tax rates, doubled the child tax credit to $2,000 per child, limited the deduction for mortgage interest to interest paid on the first $750,000 (down from $1 million), cut taxes on business income and repealed the requirement in former President Barack Obama’s health care law that people pay a penalty for not having health insurance.

Roskam has defended the legislation, saying that eliminating the alternative minimum tax for those earning less than $1 million per year and doubling the child tax credit helped offset the potential burden of the SALT cap. He countered Casten’s criticism saying his opponent supports “a carbon tax, a gas tax, no limitation on the payroll tax, and he’s also said he’s for J.B. Pritzker’s graduated income tax.”

“We brought a billion dollars in tax relief to the 6th Congressional District,” Roskam said Monday alongside Sen. Marco Rubio, R-Fla., who was in town campaigning for the Republican.

But at Tuesday’s news conference, Casten and Krishnamoorthi disputed the GOP math.

“If someone is claiming that these taxes are actually going to be beneficial for people in the district, ask them to show their work,” Casten said.

A national Gallup poll conducted Sept. 24-30 showed Americans disapprove of the Tax Cuts and Jobs Act, as the legislation is formally called, 46 to 39 percent. The poll indicated 76 percent of Republicans approved of the tax bill, 8 percent of Democrats favored it and, perhaps most critical in a swing district such as the 6th Congressional District, only 34 percent of independents approved of the legislation. Fifty-one percent of respondents said the law has not helped their family’s financial situation.

Roskam says he took the SALT cap into consideration when writing and supporting the bill, and as the House prepared to vote on it last year, he vigorously defended the legislation.

“This has been described as theology, science fiction, ideology, and now deceit,” Roskam said on the House floor, according to the Congressional record. “Well, where is the deceit? The deceit is in the assumption that we can live with the status quo, Mr. Speaker. The deceit is a blindness to the recognition that we have a tax code that is literally dissolving underneath us. It is dissolving underneath us. And this Congress has an opportunity to do something transformational, and I propose, along with my colleagues, to be transformational.”

In March, as the House revisited the tax bill, Roskam took a victory lap of sorts, celebrating its passage and calling it “a terrific bill” that helps families and businesses.

“Look, if all the critics can do is basically say, well, this isn’t enough or this is crumbs, they have not been to my constituency,” Roskam said. “To tell a family that I represent, Mr. Speaker, that $1,000 is crumbs is patently obtuse. One thousand dollars is real money.”

With the election a week away, Democrats throughout the 6th District battleground are handing out yard signs that read, “My taxes are up 53 percent. Thanks Roskam.”