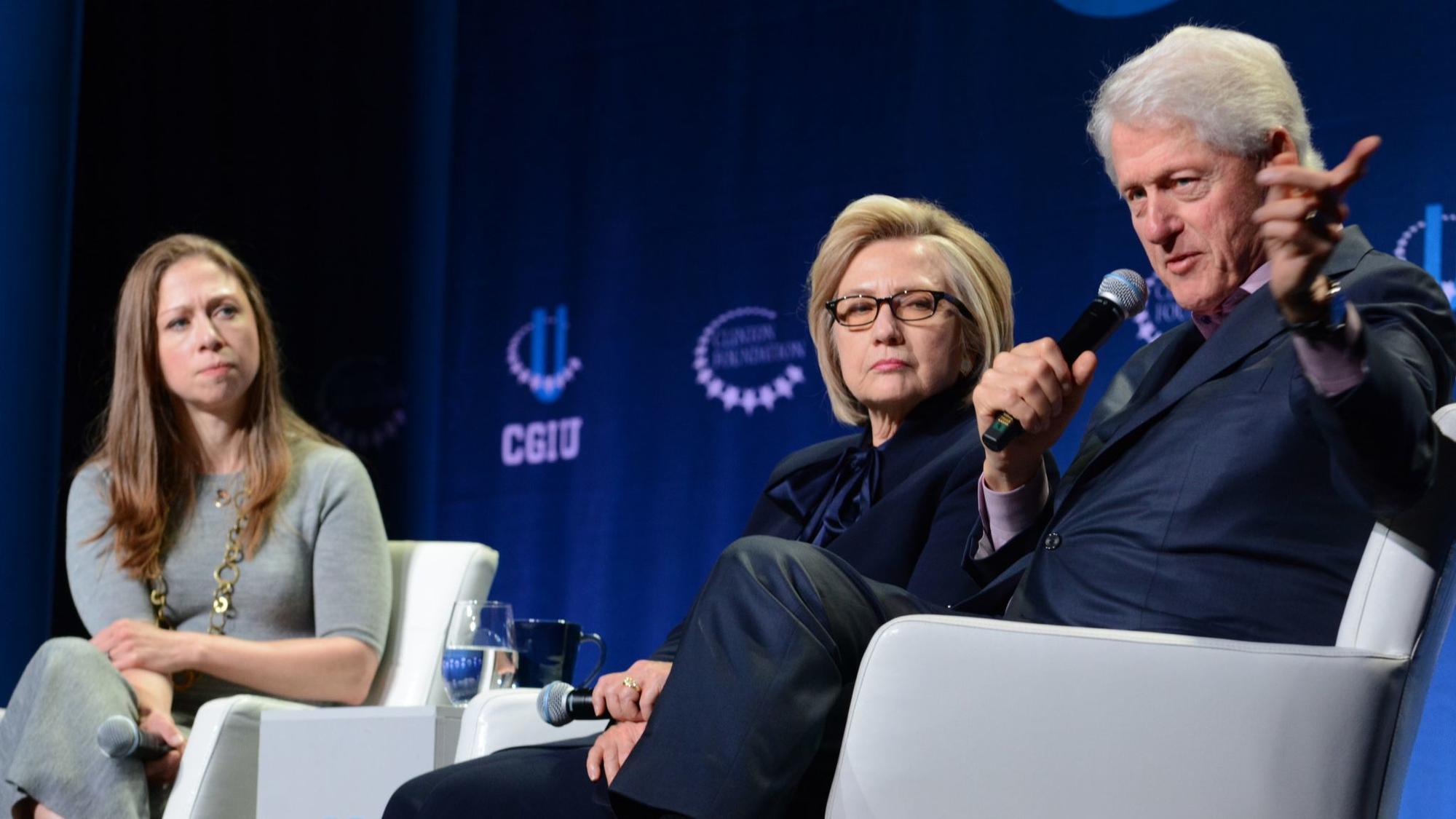 Former President Bill Clinton, former Secretary of State Hillary Clinton and their daughter, Chelsea, emphasized the importance of civic participation at a panel discussion in Chicago on Saturday, part of a weekendlong forum their Clinton Global Initiative held at the University of Chicago.

Only 35 percent of Americans between 18 and 29, compared with 81 percent of U.S. seniors and 55 percent of all Americans, say they will absolutely vote in the upcoming midterm elections, a recent survey found.

At Saturday’s event, billed as a conversation between the Clintons and Helene Gayle of the Chicago Community Trust, the former first family encouraged the hundreds of young people in attendance, most of them students, to remain optimistic and engaged in the democratic process even in the face of discouraging opposition.

There are many things about the current political moment that concern former first lady Hillary Clinton, she said. Though she opted not to mention President Donald Trump on Saturday, the 2016 Democratic presidential candidate offered stern, sweeping criticism of what she called the “undermining” of national unity, political corruption, “predatory capitalism,” voter suppression and disenfranchisement, and a “constant attack on the facts,” along with other “classic tactics of authoritarianism.”

“Never forget that the people who are often behind the very push to undermine trust in institutions are people who will profit from that distrust,” she added. “And if you look at the assault that is currently being waged against democracy, you see some key elements that we’ve learned about through historical examples of the same kind of attempt to consolidate power, to undermine institutions.”

The event was part of the Clinton Global Initiative’s CGI University program, created in 2007 to develop and engage youth leaders on college campuses around the world. Annually, the initiative hosts an event where students, school leadership and others convene to develop solutions to global issues. In the last decade, students have made more than 6,250 commitments and been awarded close to $3 million in funding through the CGI University initiative.

“College students have comparatively less experience in the world. Why do you have faith in us to be the change you want to see in the future?” one student asked the Clintons on Saturday as part of a pre-arranged Q&A portion of the event.

“That is a great question, and it shows wisdom on the part of the person asking it,” Bill Clinton said. “You are not jaded, or you wouldn’t be here. You have knowledge, and you have energy, and you have the willingness to make a difference.

“Too many people when they get older are broken by their disappointments,” he added. “Don’t you ever let that happen to you — don’t do that.”

“I’m very optimistic, and I don’t believe that college students or this generation are less idealistic,” Hillary Clinton said. “I think they are more idealistic, more tolerant, more diverse, more willing to show empathy and respect for each other. And those are all very important traits.”