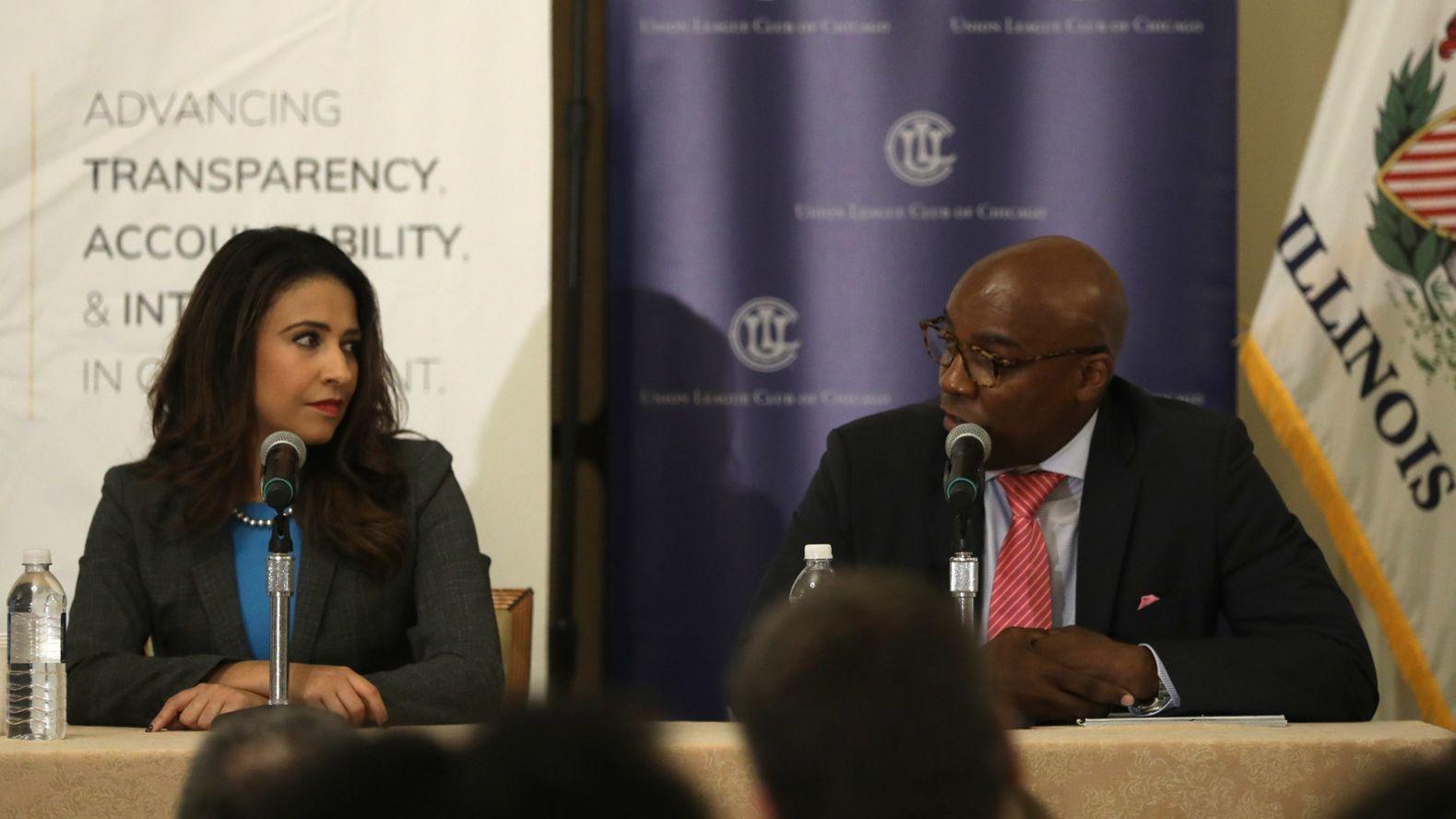 The lawsuit was filed Tuesday, just three weeks before Election Day, alleging that African-American and Latino campaign staffers “are herded into race-specific positions where they are expected to interact with the public, offered no meaningful chance for advancement, and receive less favorable treatment than their white counterparts.” Pritzker has said the allegations are “just not true.”

Asked about the lawsuit after giving a speech to the City Club of Chicago, Raoul pointed to his experience practicing employment discrimination law.

“Having done so, I know not to judge the lawsuit by either the complaint or what’s reported in the media,” Raoul said.

“I don’t want to judge anybody … based on what’s reported in the media or in a shoddily drafted complaint,” he said.

Jeanette Samuels, an attorney representing the staffers, said in an email, “We respectfully disagree with State Senator Raoul’s characterization and wish him the best of luck on his campaign.”

The 10-page federal lawsuit says Pritzker’s campaign includes more than 200 workers and 90 field directors. Among other things, the lawsuit alleges that “the vast majority of Black and Latino field organizers are herded into POD 4,” a group of organizers focused on Chicago’s South and West sides. It also alleges that an African-American organizer in Peoria “was hired (to) meet a ‘Black Female organizer quota.’”

Pritzker’s comments came as holes were poked in the suit, including allegations it contained involving inadequate housing, risks to worker safety and intimidation. Eight of the plaintiffs are still working for Pritzker’s campaign. Pritzker on Thursday disputed a lawsuit called the lawsuit “untrue” and part of the “craziness” of the final weeks of a campaign.

Republican Gov. Bruce Rauner’s campaign has sought to use the lawsuit to contend that Pritzker, a billionaire heir to the Hyatt hotel fortune, has shown a continued pattern of racial insensitivity — particularly toward a core Democratic constituency of African-Americans.