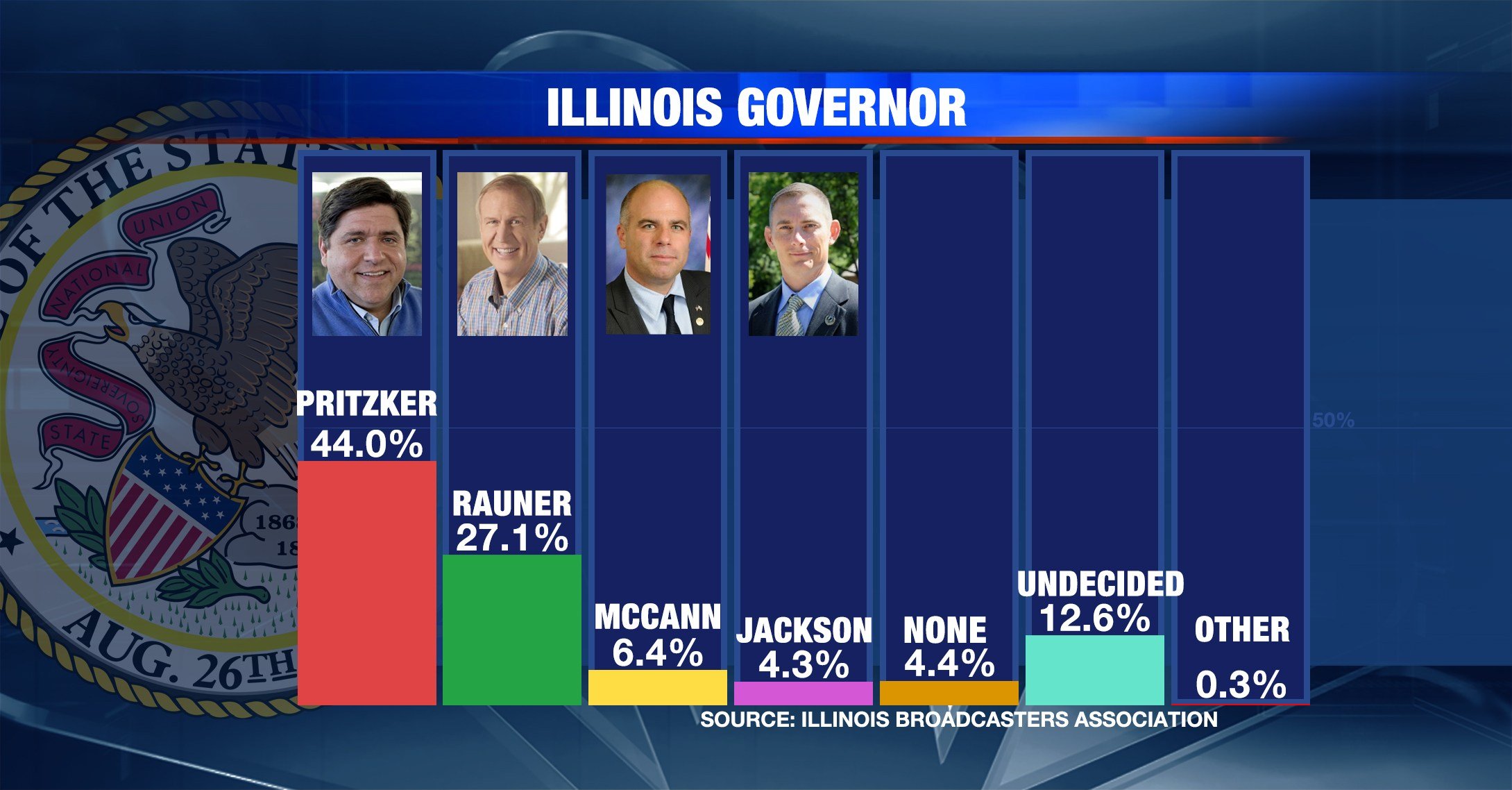 
A new poll from the Illinois Broadcasters Association was released Thursday night and it shows Democrat J.D. Pritzker with a nearly 17 point lead over Republican Governor Bruce Rauner.

When asked, “If the election for the Governor of Illinois were held today, which of the following four candidates would you vote for?” 44% of the respondents indicated Democrat candidate JB Pritzker, 27% indicated Republican candidate Bruce Rauner, 6% would choose Conservative candidate Sam McCann, with Libertarian candidate Kash Jackson receiving 4% of the respondents. “None” was the reply of 4% of those surveyed, while 14% of participants providing a Don’t Know/Haven’t Decided/No Answer reply.

When asked, “If the election for the Attorney General of Illinois were held today, which of the following two candidates would you vote for?” Democrat candidate Kwame Raoul received 43% of those surveyed, while 32% answered Republican candidate Ericka Harold, leaving 4% registering a “none” answer and 21% responding as “Don’t Know/Haven’t Decided/No Answer.”
44% of the vote to Rauner’s 27.1% of the vote.

The poll was conducted by Research America with a margin of error of +/- 3.1%.

A recap summary of the survey can be found here.