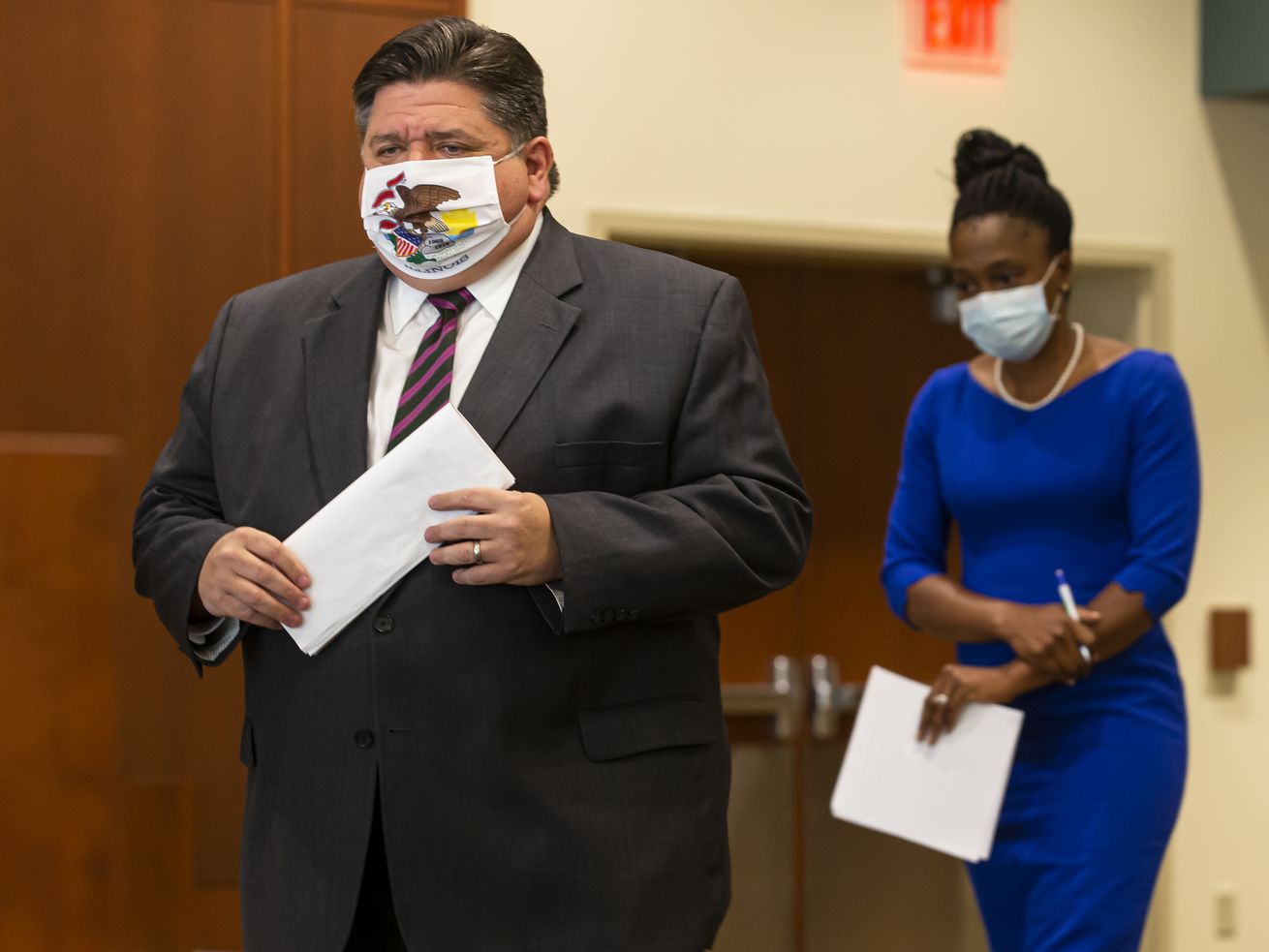 With 2,862 newly diagnosed cases of the virus, Illinois is averaging almost 2,500 additional cases per day over the last two weeks, higher even than the rate during the worst days of the pandemic in mid-May.

Illinois suffered its highest daily coronavirus death toll in over three months on Wednesday, the average statewide testing positivity rate rose for a 10th consecutive day, and nearly 2,900 more cases of the deadly disease piled up.

With numbers heading in “a concerning direction” as the season turns, Gov. J.B. Pritzker warned “this virus isn’t taking a holiday. It only wants to find new hosts.”

“To date, Illinois has had relative success in keeping this virus at bay, and we’re still doing better than many of our neighbors, but we can’t let up,” the Democratic governor said at a weekly coronavirus briefing.

The 49 deaths reported by the Illinois Department of Public Health were the most announced in a single day since the virus claimed 63 lives June 24.

The latest victims ranged in age from their 40s to over 100 and hailed from areas spanning most of the state map, including six Cook County residents. The virus has killed at least 9,074 statewide since March

And with 2,862 newly diagnosed cases of the virus, Illinois is averaging almost 2,500 additional cases per day over the last two weeks, higher even than the rate during the worst days of the pandemic in mid-May.

That’s mostly because the state is testing almost triple the number of people per day compared to the spring — and Illinois is currently tripling the average testing rate on a national level.

But the latest cases, confirmed among 52,669 tests, raised the statewide seven-day testing positivity rate over the last week to 4.6%, as high as it’s been in over a month — and a full percentage point higher than it just was a week ago.

Positivity rates, which indicate how rapidly the virus is spreading, have increased in all regions of the state, Pritzker said.

“I have one simple thing to say to everyone in areas with rising positivity: mask up. It will make a tremendous difference in keeping infections down,” Pritzker said.

Illinois hospitals have treated more coronavirus patients in recent weeks, too. As of Tuesday night, 1,974 people were hospitalized with the virus statewide, with 390 receiving intensive care and 153 using ventilators.

“We need to keep masking so that we can keep our cases down, which eventually will bring down our hospitalizations and our deaths,” Illinois Public Health Director Dr. Ngozi Ezike said.

In an effort to avoid numbers worsening as Illinois families get together for the holidays, Pritzker’s health team issued a set of guidelines for residents to try to celebrate more safely.

Besides the usual tenets of wearing face coverings, keeping 6 feet of social distance and washing hands regularly, officials recommend holding gatherings outside if weather permits, or cracking open windows to increase airflow inside.

Buffets and potlucks are no-gos, relatives lingering around the kitchen or other food prep areas should be shooed away and members of the same household should be seated together apart from other families when possible.

Traveling family members should try to limit their activities in the two weeks leading up to gatherings, and schedule their flu shots now, according to the state’s top doctor.

Online shopping is the way to go, and of course, anyone feeling under the weather needs to stay home, Ezike said, “imploring people to use their best judgment and to discuss and plan ahead of time.

“Let people know ahead of time that we’re going to be using masks — bring your masks, because if you’re not eating or drinking, just to keep everybody safe, that’s the best way to go forward. We have had too many personal celebrations that have ended in tragedy,” Ezike said.

Almost 6.5 million coronavirus tests have been administered statewide over the last seven months, with 327,605 people confirmed to carry the virus.