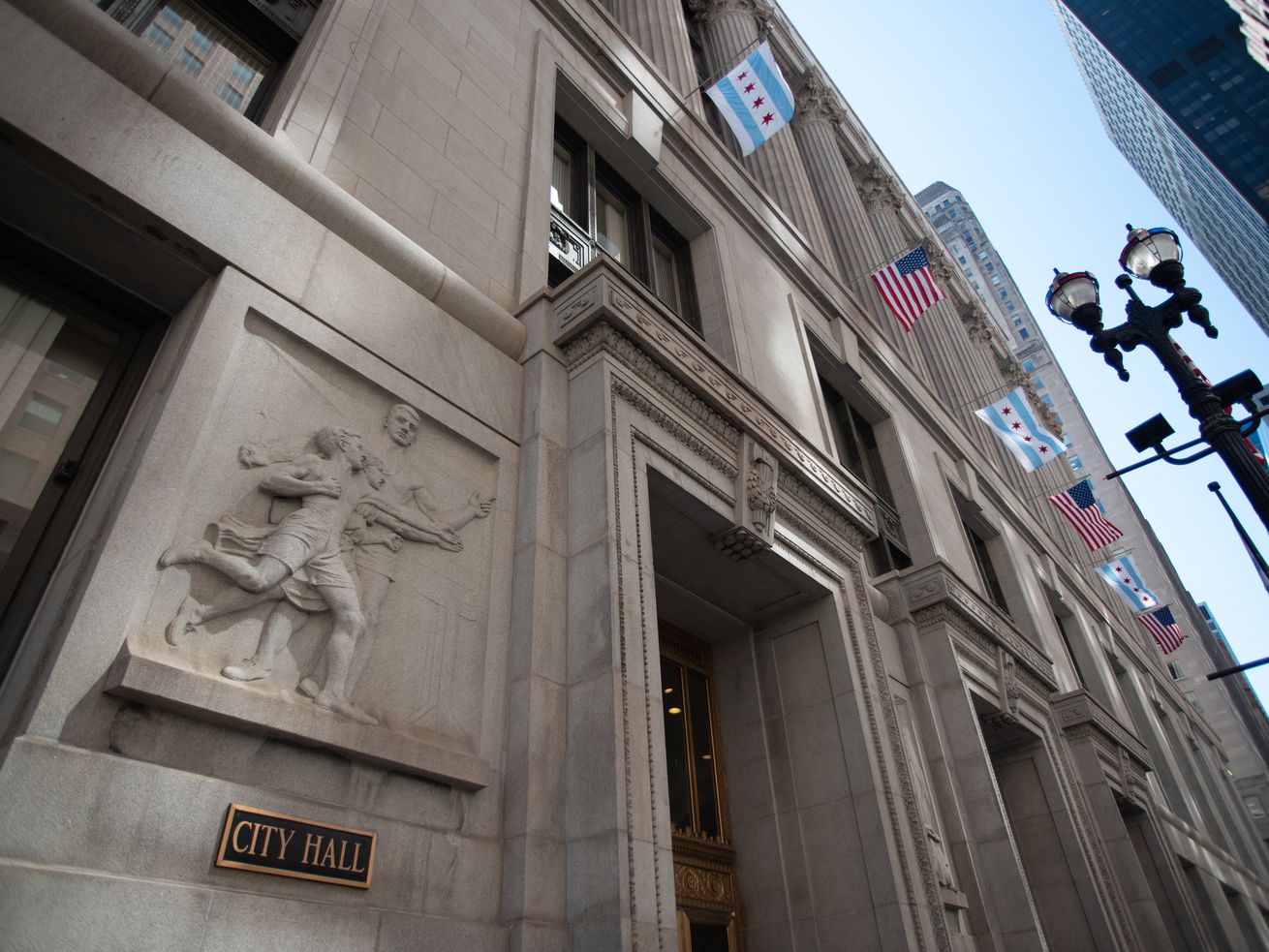 Alderman will be prohibited from lobbying state and local government, under a ban approved Tuesday by the Chicago City Council’s Committee on Ethics and Governmental Operations. | Sun-Times file

With federal investigators swarming, the City Council voted in December to prohibit aldermen from lobbying state and local government and to prevent their counterparts at those levels from doing the same at City Hall. That’s how it will stay, thanks to Tuesday’s 17-0 vote.

Fearful of appearing tone-deaf to the federal corruption scandal swirling around them, Chicago aldermen decided Tuesday not to water down Chicago’s ground-breaking ban on “cross-lobbying.”

By a unanimous vote, the City Council’s Committee on Ethics and Governmental Operations shot down 17-to-0 an amendment introduced by Mayor Lori Lightfoot in April and recently resurrected by Ald. Jason Ervin (28th).

It would have exempted outside elected officials from Chicago’s cross-lobbying ban if the public body the elected official represents “has no pending or recurring legislative or contractual matters involving the city.”

“I don’t think we should start bending rules for one person. In two months, do we bend them for four more people? And then we bend them for eight people? It’s a very slippery slope,” said Ald. Matt O’Shea (19th), one of the original sponsors of the cross-lobbying ban.

“The public does not trust the City Council. We need to try to earn that trust back. Changing this legislation … would send a message that we operate under our own rules. … It says the City Council is blind to the corruption that is happening all around us.”

Committee Chairman Michele Smith (43rd), a former federal prosecutor, thanked her colleagues for reaffirming their commitment to “eliminate conflicts of interest, to the extent that we can and re-make the image of City Council.”

“We don’t legislate to make changes for one person. … I’m very proud to have participated in many of those fights. And I’m also incredibly proud that, today, we have a City Council who has changed its stripes,” she said.

The “one person” is Flossmoor Village Trustee Gyata Kimmons.

He was the one identified beneficiary of an amendment that would have exempted outside elected officials from Chicago’s cross-lobbying ban if the public body that elected official represents “has no pending or recurring legislative or contractual matters involving the city.”

Ervin acknowledged he knows Kimmons, but emphatically denied he was “doing this as a favor to him.”

Rather, Ervin argued, the City Council had gone too far in its haste to inoculate itself from one of the biggest corruption scandals in the history of a city and state famous for it.

“I do not believe that some park district commissioner in Carbondale needs to fall into that same category as the law currently on the books” would require, Ervin said Tuesday.

“The adjustments that we made were a bit overboard and, in some sense, throwing the baby out with the bathwater.”

Before being appointed to replace retired Ald. Ed Smith (28th), Ervin served as village manager of Maywood. He recalled there were times when suburban “positions on the ballot would go unfilled” and warned the cross-lobbying ban would only exacerbate that problem.

“I don’t think that we should … restrict those individuals from public service and force them to make those types of decisions, especially when their roles publicly have nothing to do with the city of Chicago,” Ervin said.

Steve Berlin, executive director of the Chicago Board of Ethics, begged to differ.

Berlin called the ordinance approved by the City Council in December the “boldest in the country” — and for good reason.

“There is an inherent conflict between an elected official of any government lobbying other governments on behalf of private clients,” Berlin said.

“The danger of cross-lobbying is, you’re an elected official in front of another jurisdiction. At some point, my jurisdiction or, perhaps my private client, is going to have a matter that’s pending before your jurisdiction and vice-versa. It doesn’t matter whether the subject matters are related. It’s just a matter that I can vote on your client’s matter and you can vote on my client’s matter. That’s the inherent conflict or perceived conflict that the original ordinance is designed to prohibit.”

Still, Berlin acknowledged there is “some human cost” to the ordinance approved by the Council in December.

Now that the ethics committee has defeated the amendment, Kimmons must choose: Resign as a Flossmoor village trustee or stop lobbying City Hall on behalf of his clout-heavy clients.

City records show he was paid $92,500 in lobbying fees during the first quarter of this year from a blue-ribbon list of clients that includes: Walmart; Bird Rides, which makes electric scooters; Starbucks; the Chicago Association of Realtors; Wendella Sightseeing; McDonalds Corp.; Westfield Concession Management and the United Center Joint-Venture.

During the second quarter, which included the stay-at-home shutdown triggered by the coronavirus, those same clients paid Kimmons $139,000 in fees to lobby the City Council, the mayor’s office and city departments.