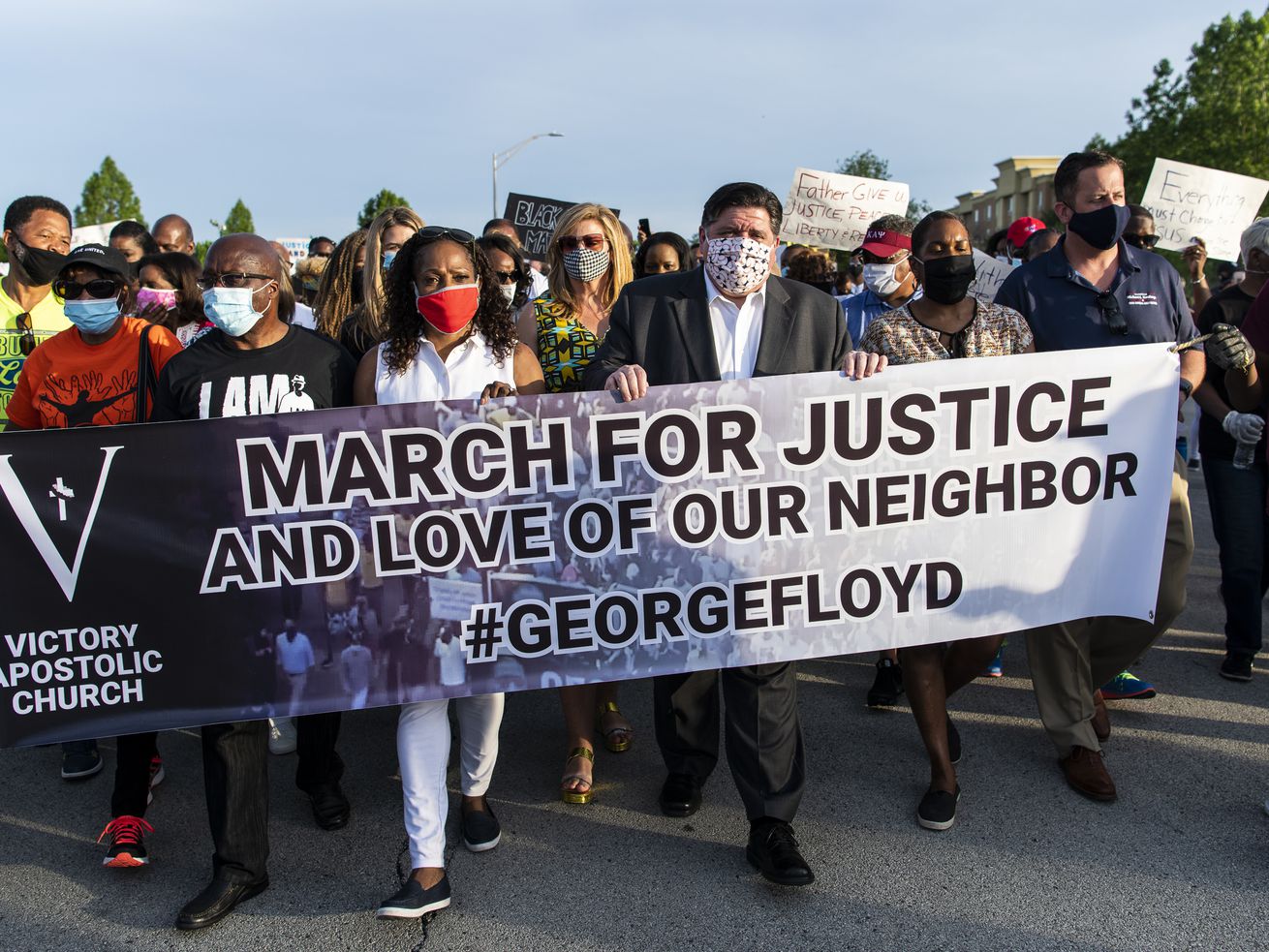 The Democratic governor’s “seven guiding principles” also includes licensing police, increasing access to sentence credit and time-limited supervised release and only detaining defendants who are a threat to public safety, a “key element” in creating a state that “works for everyone.”

The Democratic governor’s “seven guiding principles” also include prohibiting no-knock warrants, shortening prison sentences through increased credit for time served and rehabilitation opportunities and only detaining defendants who are a threat to public safety, a “key element” in creating a state that “works for everyone.”

“At the state level alone, we spend billions of dollars a year keeping too many people in an overcrowded prison system that has proven itself too expensive, too punitive and wholly ineffective at keeping Illinois families safe,” Pritzker said in a statement. “As we move forward with the General Assembly to pass comprehensive criminal justice reform, it is my hope that the nation will look to Illinois as a leader in true equity and justice for generations to come.”

The proposed principles build on an agenda outlined by Pritzker and Lt. Gov. Juliana Stratton earlier this year under the administration’s Justice, Equity, and Opportunity initiative, which looks at criminal sentencing, education, poverty and the link among the three.

Stratton said the proposed principles will “guide us on a path of repairing the historic harm caused by our justice system, especially in Black and Brown communities.”

“We are proud to collaborate with not only our State partners but also community members, philanthropy organizations and faith leaders to address the long history of racial injustices that have been woven into our nation’s criminal justice system for far too long,” Lightfoot said.

The first-term governor plans to work with the Illinois Legislative Black Caucus “to further build out a criminal justice reform agendas” as well as agendas on the caucus’ other focal points, which include education, workforce development, and health care and human services.

Khadine Bennett, director of advocacy and intergovernmental affairs for the ACLU’s Chicago arm, called the principles a “welcome contribution to a discussion that brought thousands of Illinoisans out into the streets this summer to demand change.

“This process must result in a policing system in our state that reduces unnecessary interactions between police and residents and eliminates the corrosive racial bias that has cause so much harm,” Bennett’s statement reads in part.

Since Floyd’s death, there has been renewed interest and dialogue surrounding policing, with some calling for municipalities to defund — or reroute money from — policing.